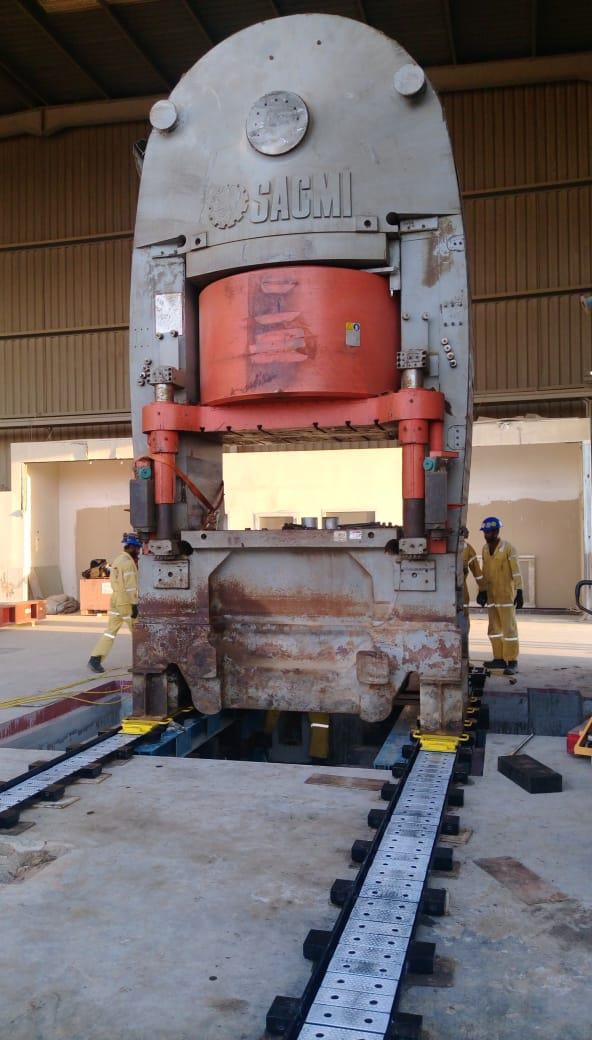 On behalf of RAK Ceramics, Al Faris jacked up each press from a pit in the workshop so they could be skidded out of the production building.

The LH-400 was then used to manoeuvre the presses around the plant equipment.

“We were pleasantly surprised by the speed with which we could move the presses along the skid track and quickly dismantle and re-arrange the track in different directions to move the presses out of the shed,” said Kieve Pinto, executive director at Al Faris.

Part of the Enerpac HSK-Series of skidding systems, the LH-series of low-height skid beams can fit in tight spaces, as small as 92 mm, while offering skidding capacity up to 400 tons (362.9 tonnes) with two push-pull units.

Loads are moved by hydraulic push-pull units, travelling over polytetrafluoroethylene-coated pads placed on the skid tracks to reduce friction.