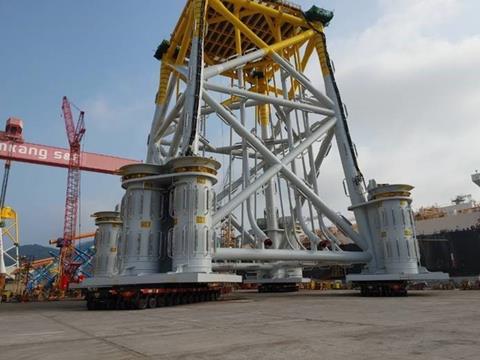 The move was executed at the shipyard of Samkang S&C in South Korea where the convoy covered a distance of over 300 m to the dock in Goseong.

According to Cometto, the four-axle Eco 1000 offered the ideal loading platform to transport the unit, and was compact enough to manoeuvre within the tight space.