Mammoet’s has tested its Focus30 crane. The heavy lifter is currently being disassembled, ready for mobilisation to its first project in the UK. 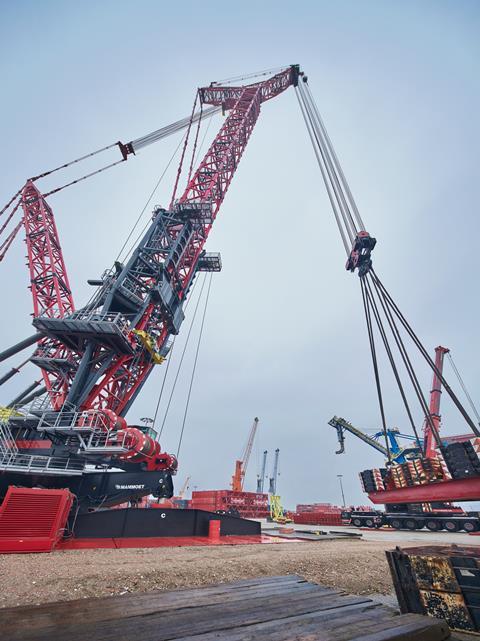 Testing of the crane took place in two phases, under the watchful eye of Lloyd’s Register, an independent third-party surveyor that worked alongside Mammoet during design stages. First, the crane was assembled in its SFSL fixed jib configuration and executed overload tests, where it lifted 125 percent of its maximum recommended load.

Side load, swing load and maximum radius testing was performed during both phases. Repositioning of its superlift between tests took just two hours each time, rather than one to two days – a feature that will reduce plant downtime when the crane starts project work, said Mammoet.

The crane is now fully compliant with the EN 13000 standard for mobile cranes, and with F.E.M. 5.004, which governs the design of steel structures of general use.