Mammoet teams up with Cometto 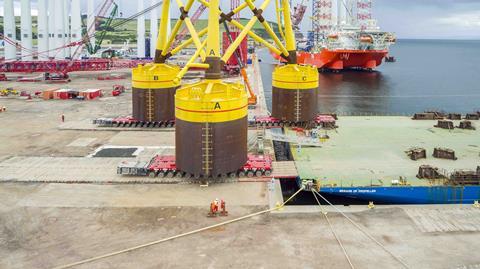 The jackets weighed between 1,850-2,300 tons (1.678.3-2,086.5 tonnes) and are being installed as part of the Seagreen offshore wind farm, being developed by a joint venture between TotalEnergies and SSE Renewables.

The Mammoet crew will transport the loads on 84 axle lines of Cometto MSPE, featuring a payload capacity of 48 tons (43.5 tonnes) per axle line and three power pack units (PPUs) with an output of 368 kW each.

Mammoet’s role in the project will last for at least one year.