Interkran has added a Demag AC 100-4L crane from Terex to its fleet. 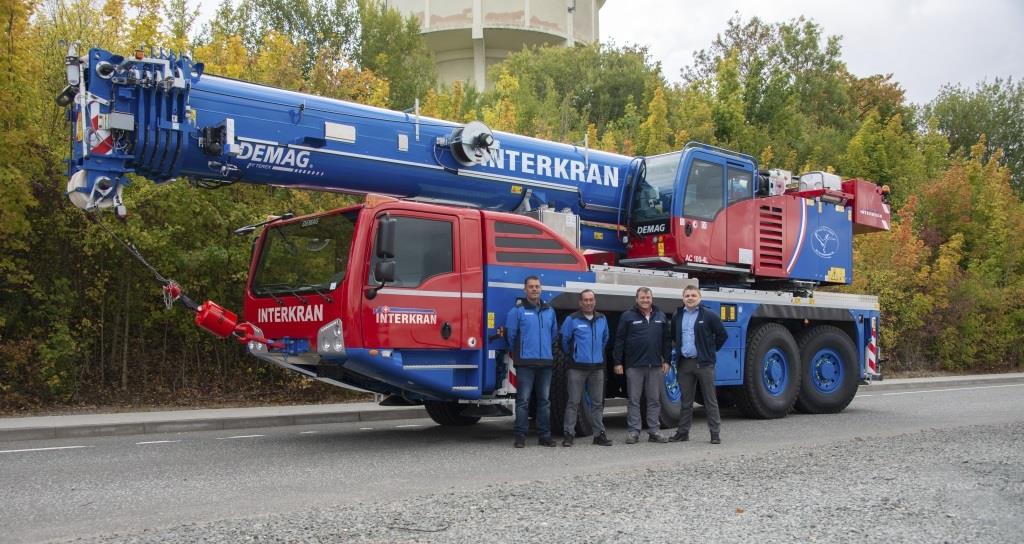 Tony Teixeira, the general manager of Swiss company Interkran, picked up the crane in Zweibrücken, Germany, together with crane operators Reis Joaquim and Sandro Guiomar. The crane was handed over by Christian Kassner, Terex Cranes’ senior sales manager for Germany, Austria, and Switzerland.

Teixeira said: “The reason we decided on this crane was its extremely compact design – especially its width of only 2.55 m. Together with a system length of up to 77 m, which is enormous for this class, this makes the crane simply unbeatable as far as we’re concerned."

Interkran will use its new acquisition primarily to erect tower cranes and as a taxi crane.

“Thanks to the AC 100-4L’s large lifting capacity and new IC-1 Plus control system, we’ll even be able to forego the use of a second crane for certain lifts” added Teixeira.