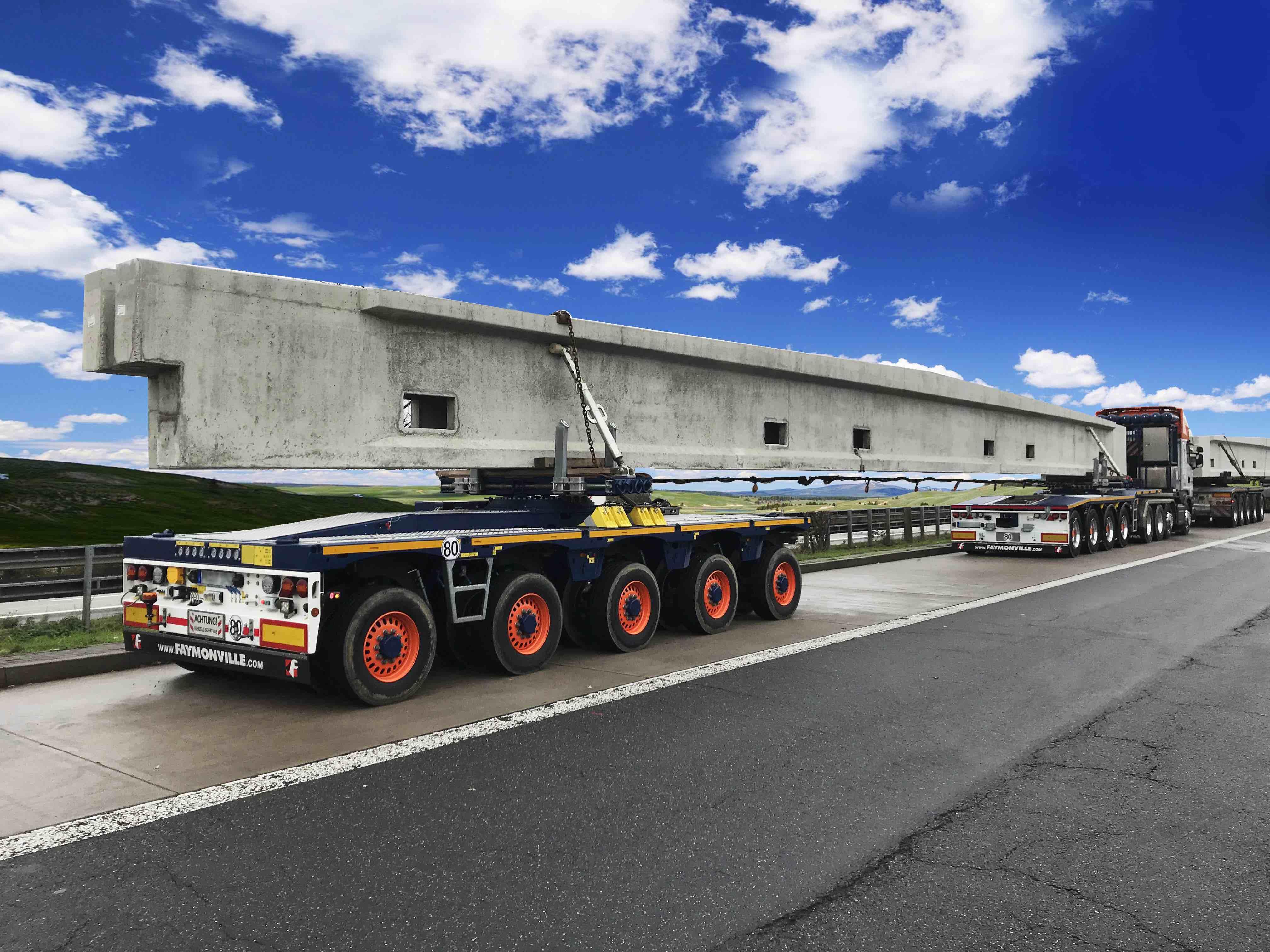 The newly developed, self-steering trailer is available with either four or five axles.

The rear dolly has a legal axle load of 12 tonnes per line, while the front dolly has a 10-tonne per line limit. Together, the trailer combination has a payload of more than 100 tonnes.

The hydraulic suspension on the dolly trailer has a positive effect on road handling, according to Faymonvillie. As an alternative to the 19.5” (49.5 cm) tyres, the self-steering trailer can also be supplied with 17.5” tyres (44.5 cm). The axle distance is 1.5 m and the basic width of the vehicle is 2.54 m.

Universal Transport has ordered five FlexMAX units in a 4+5 configuration. The company said the trailers are well-suited for the movement of heavy concrete beams.