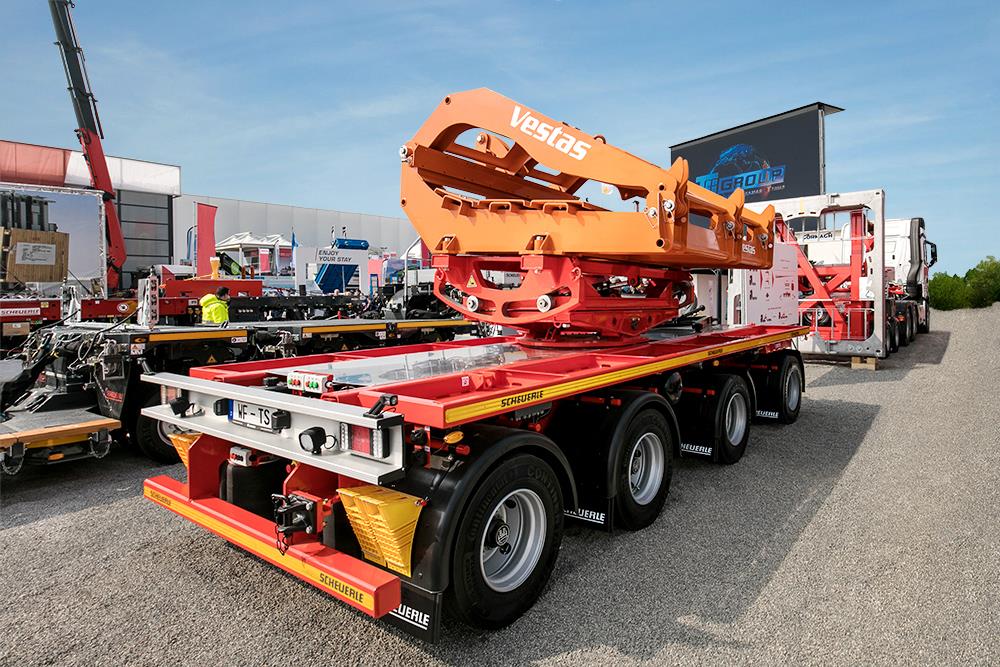 The vehicle system, which was jointly developed by Vestas and the TII Group, was launched during April’s bauma exhibition in Germany. The transportation system consists of a two-axle jeep dolly with a free-turning device, plus a four-axle trailer.

It has been developed to improve Vestas’ ability to transport its longest blades over large distances.

The wind blade is mounted to the trailer according to the "plug and play" principle, said TII Group. This means that the solution only requires a few tools; with a special lifting device, the wing root is picked up comfortably from the ground. The coupling solution consists of a root adapter and a root frame. The free-turning device is pre-assembled on the latter and then the frame with root is coupled to the adapter.

TII Group added that the lifting height can be adjusted up to 2 m at the front of the vehicle, and by up to 1 m at the rear end.

For empty legs, all parts of the system can be shortened to a compact semi-trailer combination with a total length of 16.5 m and a weight of less than 60 tonnes.