Total Movements has transported a 730-tonne load from the west coast of India for a refinery project in Thailand. 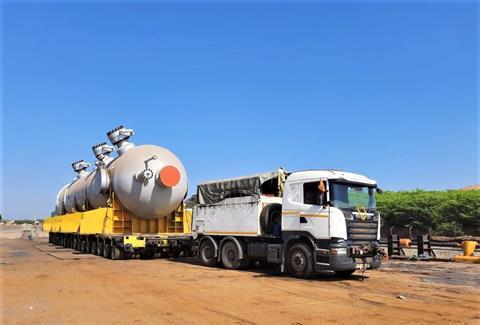 The cargo measured 8 m wide and was moved from the supplier’s plant to the load port in India.

Total Movements said that road transportation from the supplier’s works to the nearest jetty, barging to the nearest seaport on the west coast and feeding alongside the vessel were all part of its scope.

“The cargo was rolled on to the barge, lashed and secured as per the planned method statement and safely barged to the load port and fed alongside the designated chartered ocean vessel for the voyage to Thailand.”

Total Movements is a member of the Worldwide Project Consortium (WWPC).