AAL Shipping’s multipurpose vessel AAL Melbourne has delivered two cranes and supporting components, which had a combined weight of 1,800 tonnes, from China to Jebel Ali, UAE. 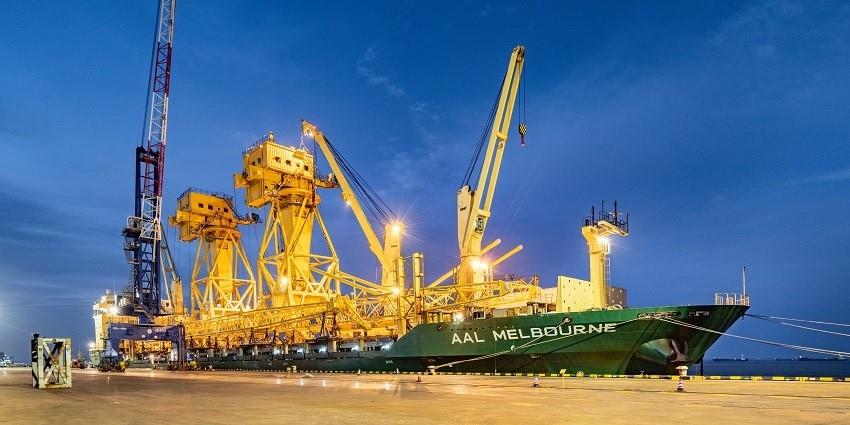 Manufactured by Nantong Rainbow Heavy Machineries, the two cranes were loaded in Taicang. They will be deployed at DP World’s facilities in Dubai.

Jack Zhou, general manager of AAL China, said that the two cranes were shipped as 20 disassembled components – the largest weighing more than 550 tonnes and measuring 115 m in length. Some of the cargoes were loaded from the wharf and others from a floating barge.

Nicola Pacifico, head of AAL Transport Engineering, explained that a great deal of precision was required in the loading operation: “Even with a vessel providing 40,000 cu m of stowage capacity, space was extremely tight.

“The two main structures had to be secured on specially laid rails. One of these came to within 20 cm of our own ship’s crane. This is very close, as decks are rarely even and such tolerances are unusual. If at any point we thought they might touch we would have had to discharge the structure, move the rails and reload again,’ he added.