ABP Humber Ports in the UK has handled a supersonic jet, worth GBP14 million (USD18.5 million), at its ports in Hull and Immingham on behalf of CEVA Logistics. 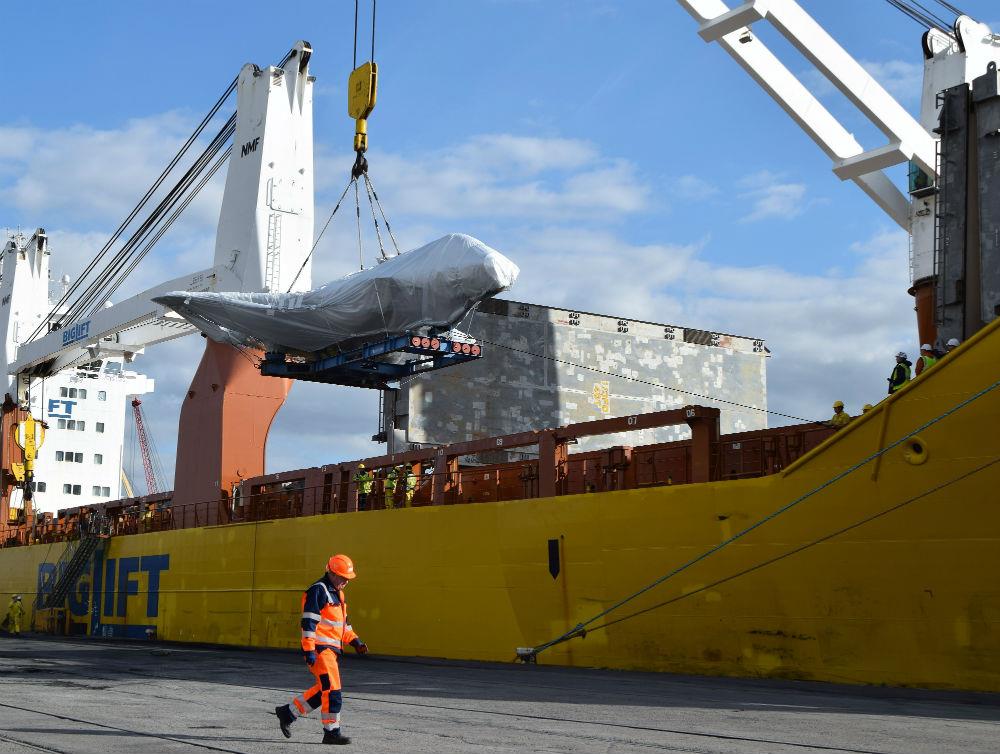 The wide-load F-35 Lightning II, which is being tested for the F35 programme, arrived at the port of Hull by barge from BAE Systems’ facilities in Brough.

After being stored at the All Weather Terminal, the aircraft was transported to Immingham where it was loaded onto a trailer and lifted on board BigLift Shipping’s vessel Happy Delta.

The aircraft then set sail for Texas, with an expected transit time of three weeks, where its manufacturer, Lockheed Martin, is headquartered and where the fighter jet will continue its final structural tests.

The F-35 Lightning II is one of a few prototype aircraft going through several years of structural testing to ensure it is fit for purpose for the UK military, in order for it to replace the fleet of Harrier Jump Jets.

Simon Bird, ABP Humber director, explained that the port is able to handle any project cargo, providing stevedoring services to a wide range of cargoes.

CEVA Logistics has organised the aircraft’s journey from start to finish.