As part of plans to grow its capacity capabilities in Scotland, Ainscough Crane Hire has relocated its depot in Aberdeen to Altens.

Previously located in Torry, Ainscough said that the Altens depot has greater accessibility and enhanced onsite security. It will be used to house 18 cranes, ranging in capacity from 40 to 350 tonnes. Additionally, the site has a large workshop and garage, where cranes can be maintained, serviced and inspected.

Ainscough has appointed Derrick Reith as depot manager, and Kenny Hair as its contract lift manager. 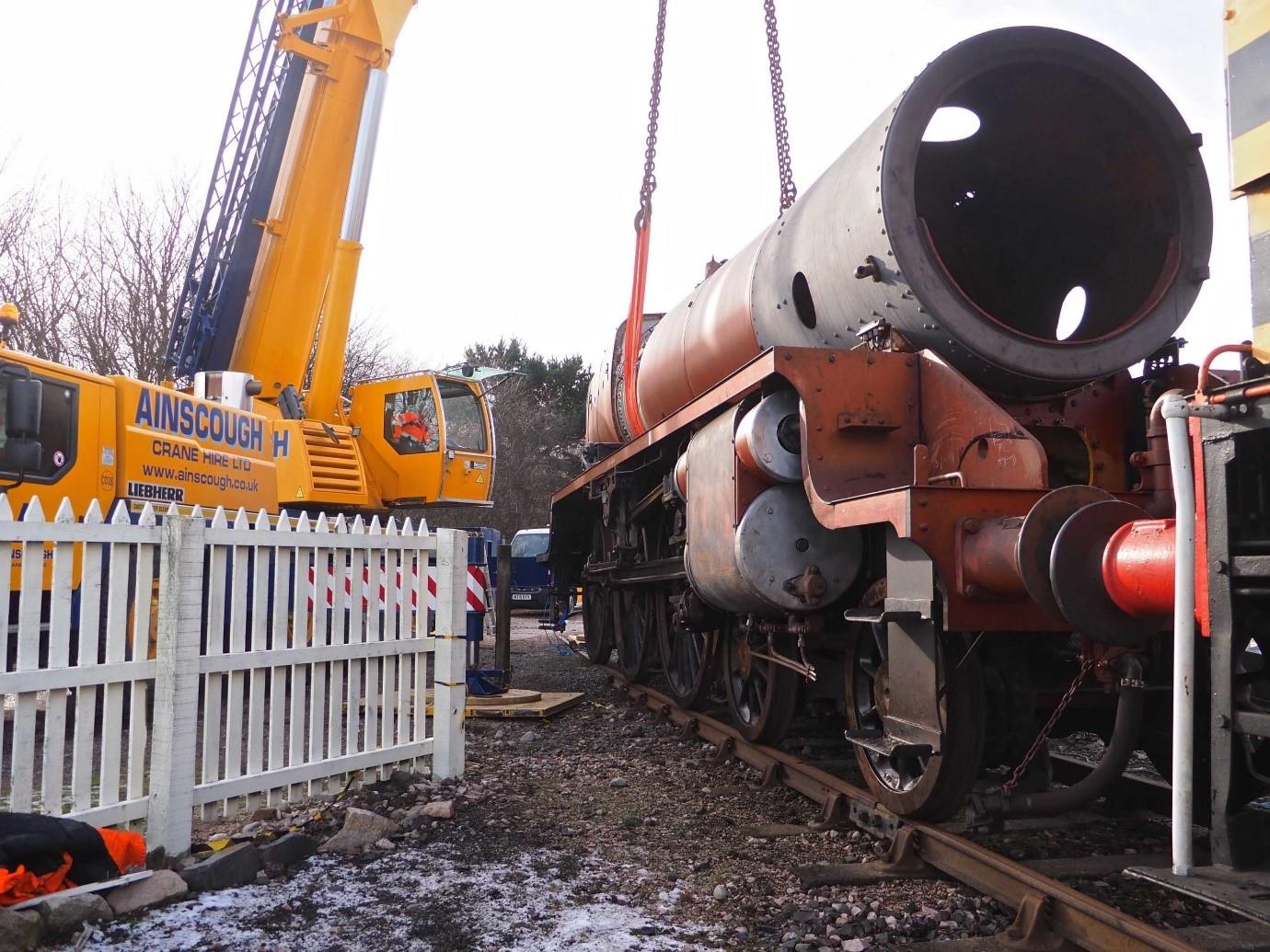 Strathspey Railway station in the Scottish Highlands is currently run by Carmyllie Pilot Company, which has been restoring trains for nearly 20 years. The company contracted Ainscough to assist with the restoration of the 1934-built LMS Black 5 No. 5025 steam train.

In early March, Ainscough lifted a 25-tonne boiler and placed it within the 5025’s main steam engine.

The lifting specialist deployed a Liebherr LTM1100/2, with a 26-tonne counterweight and a 19 m-long boom, for the project.

In addition to the lift, Ainscough transported a 14-tonne engine and a 12-tonne tender from the Bridge of Dun railway station, near Montrose, to Strathspey Railway, where the components will be restored for another steam locomotive, the 46464.