Al Faris has utilised a 500-tonne capacity Liebherr LTM 1500 all-terrain crane to support the construction of a wind farm in Jordan. 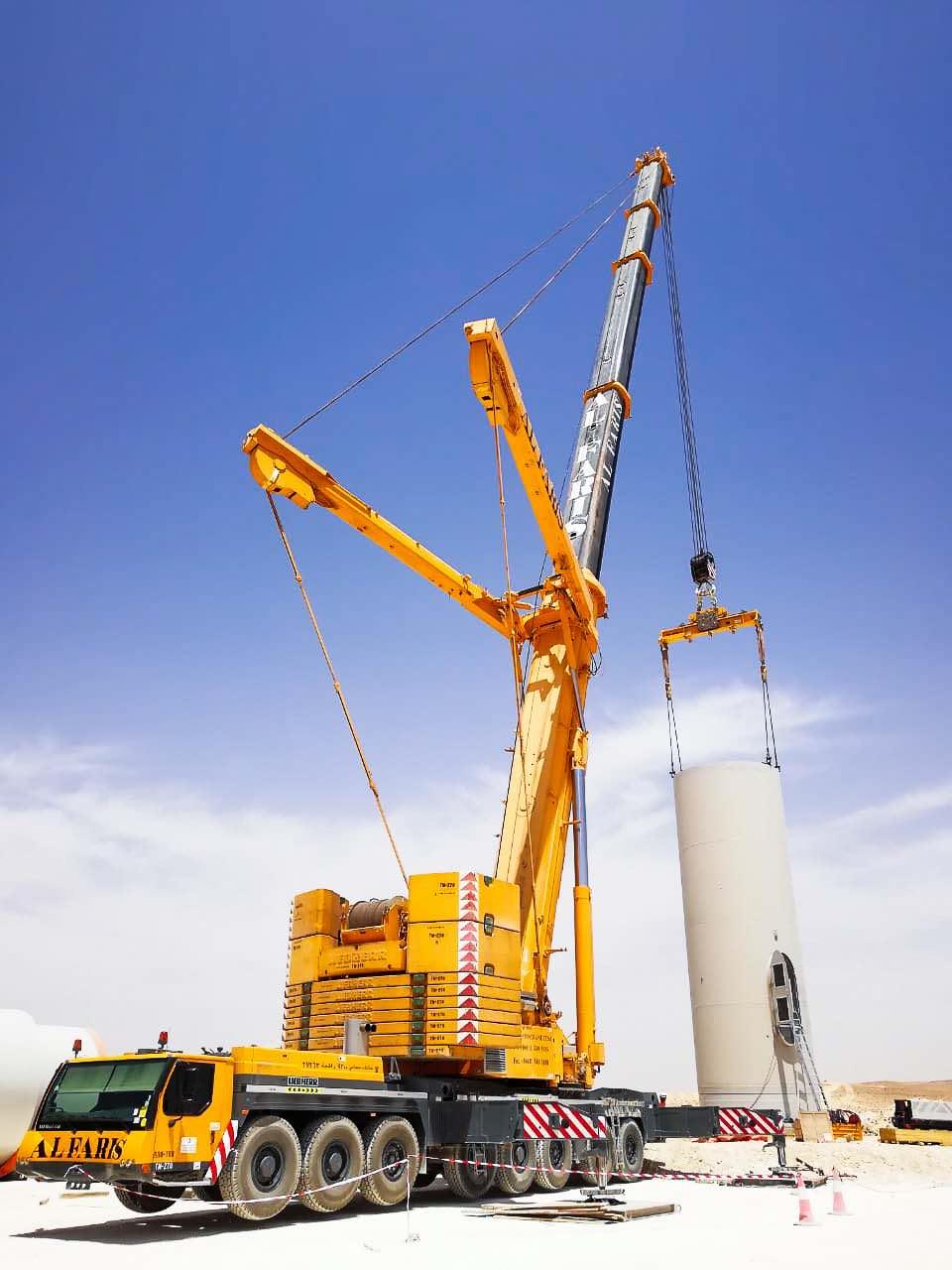 Al Faris was tasked with the assembly and erection of several wind turbines. The LTM 1500 was used to lift the turbine components, which weighed up to 90 tonnes.

The crane was mobilised to Jordan from Al Faris’ branch in Saudi Arabia.

All surveys, planning, technical support documentation and schedules were prepared in advance, which Al Faris said helped organise all the activities smoothly and avoid delays.