ALE has used its Mega Jack 300 to jack up, transport and install a 500-tonne pipe rack module in Kuwait. 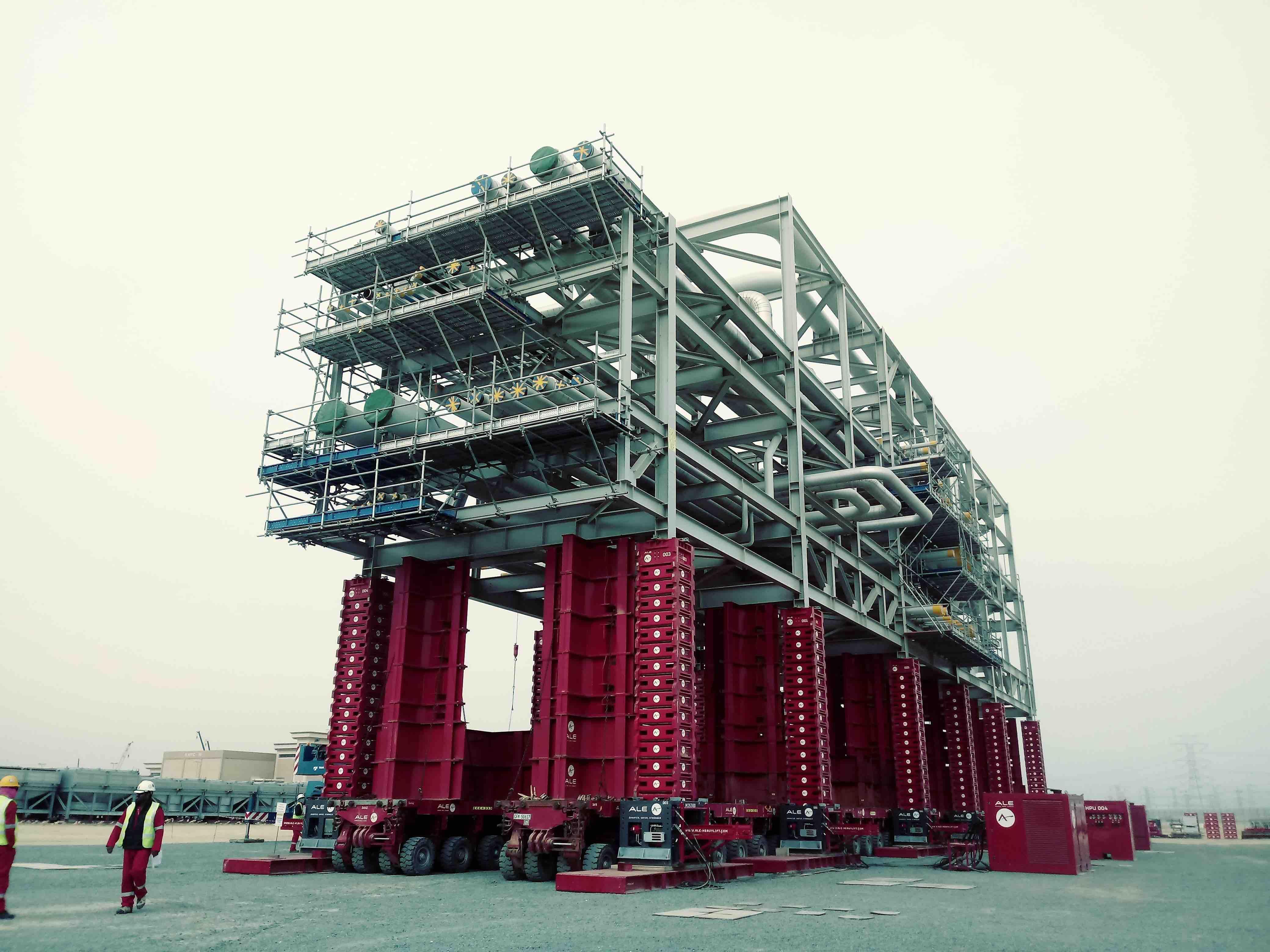 At 57m long and 16m high, this was the longest and highest module ever to have undergone the process in Kuwait, said ALE.

ALE pointed out the “considerably high centre of gravity” of the piece, and said: “By utilising the Mega Jack 300’s unique stability and low starting height to pick up loads directly from SPMTs, ALE was able to perform the jack-up of such a tall and heavy module securely.”

The module was jacked up 7.2m, with limited clearance between the packing system and the Mega Jack 300. The piece was then transported on widening trailers 2.7 km to its installation location.

As work at the site is ongoing, ALE opted for 76 axle lines of SPMT in a four file configuration so in order to navigate tight corners. Once in position, the module was installed onto the 7.2m-high stick built structure using the stroke of the SPMT.

This move was part of packages two and three for the Al Zour refinery project being undertaken by Kuwait Petroleum Corporation (KIPIC). It involves the jack-up, transportation and installation of 188 pipe rack modules of various sizes, weights and foundation heights, ALE said.

So far, the company has moved and installed a third of the modules and its scope is expected to complete by September 2019.