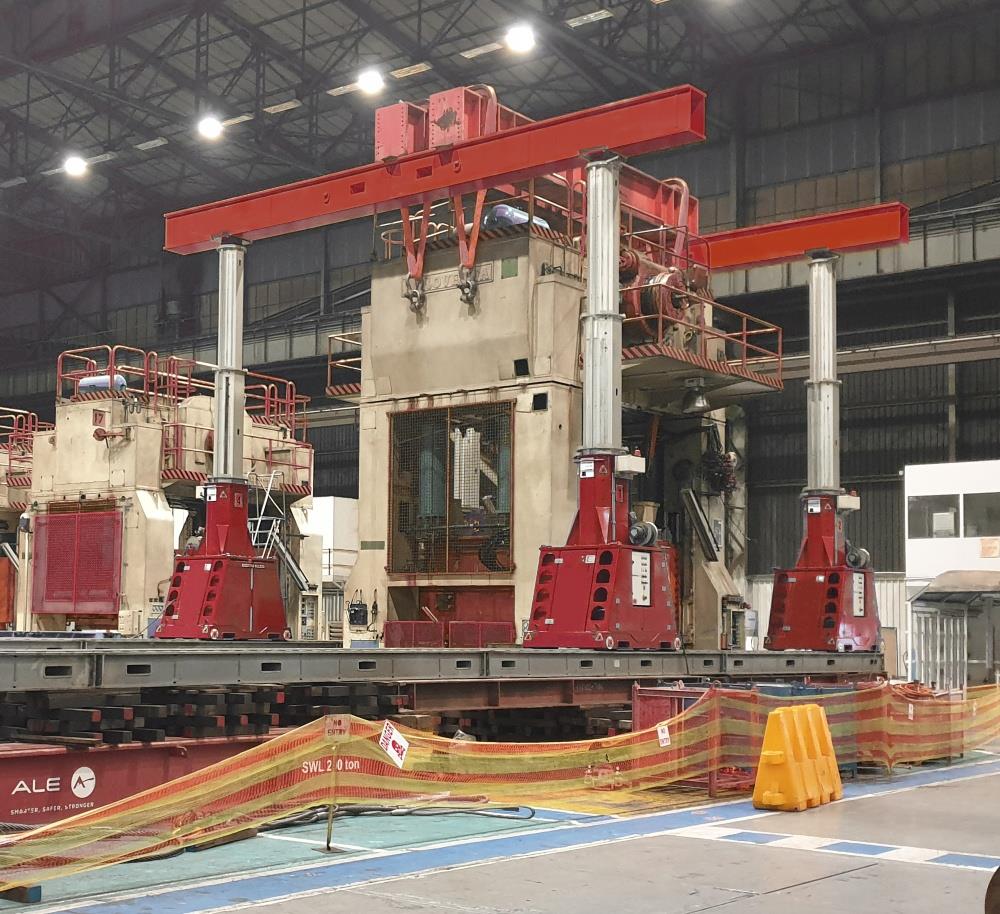 The Nissan factory manufactures a range of light commercial vehicles and pick-up trucks. As part of a USD200 million investment, it was selected to manufacture the next-generation Navara pick-up truck, which will be delivered to 45 countries across the continent.

In order to build the Navara, bodywork stamping equipment needed to be relocated inside the plant, without impeding pre-existing production lines.

A 77.4-tonne press crown needed to be relocated to another bed within the plant. ALE had just two weeks to plan and execute the works. There were also physical challenges; the crown press had four connecting rods protruding from its base, increasing the overall height to which it must be lifted in order to clear the press bed and uprights.

ALE built a four-post lifting system on an elevated rail platform, making use of a combination of load spreading beams, rails and packing timbers, which was 1.2 m in height. This enabled ALE to span the suspended flooring and reduce the overall ground bearing pressure. The crown of the press was then lifted and moved 24 m laterally using a gantry system.

The crown was then unloaded onto stools positioned on a turntable system and rotated 180 degrees.

During the rotation, the entire gantry lifting system and elevated rail platform was dismantled and reinstalled at 90 degrees relative to its former position. The crown was then lifted from the turntable, moved 28 m laterally and reinstalled.