ALE has used its Mega Jack 800 jacking system to remove a bridge over the Danube River in Novi Sad, Serbia.

ALE’s Mega Jack 800 was installed with modular spreader beams on a modular pontoon to raise the sections, before they were floated to a nearby jetty for the load in. Each tower of the Mega Jack 800 has a capacity of 800 tonnes.

The heavy lifting specialist connected 20-tonne capacity winches to each corner of the pontoon and secured them to the piers throughout the jacking operations. Three tug boats also pushed and guided the pontoon at all times to ensure the pontoon remained in position.

Once at the jetty, the pontoon was de-ballasted for the jack down operations. The sections were then offloaded on to a skidding system. 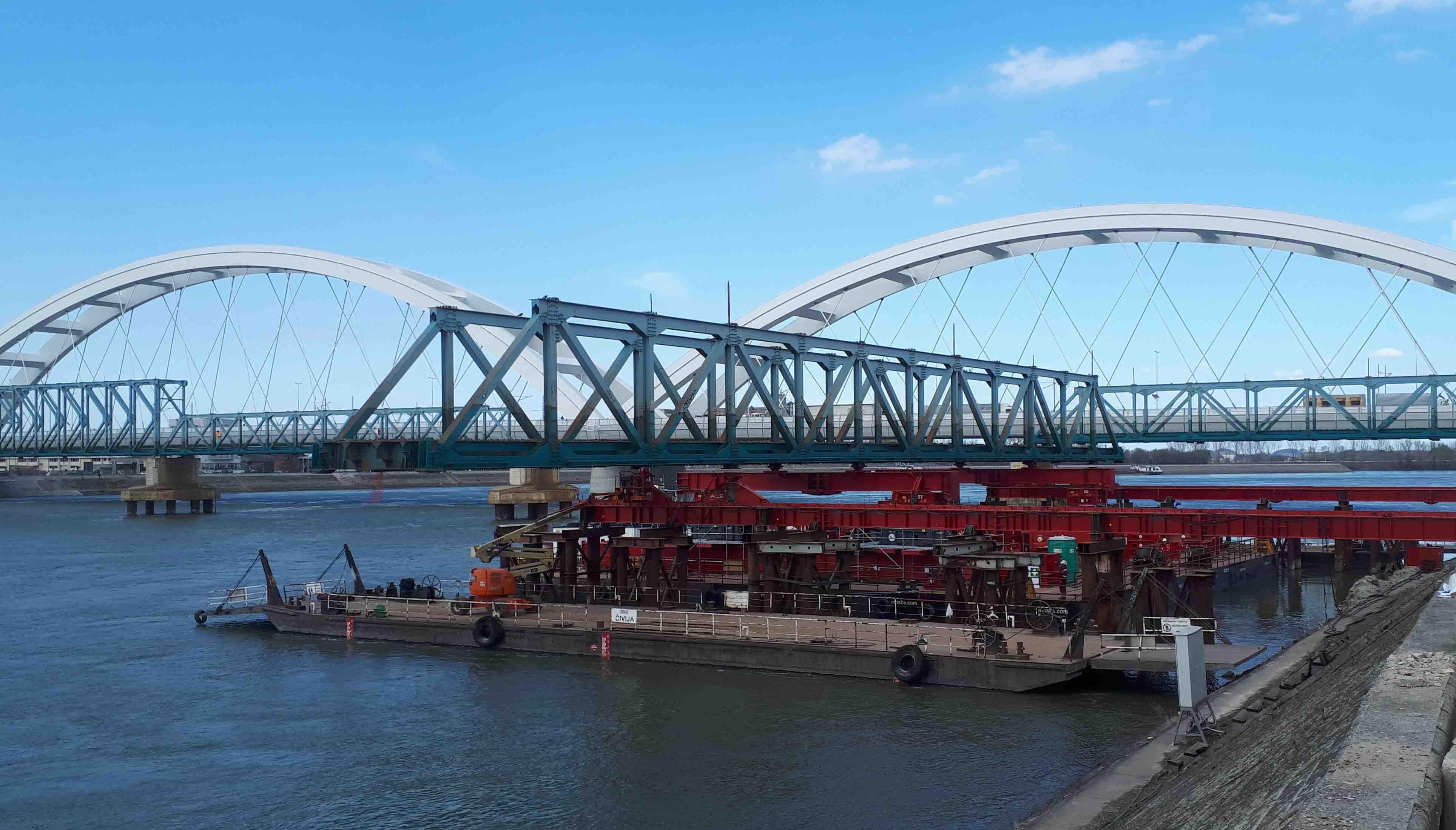 Elsewhere, ALE transported a 102-tonne pipe, measuring 62 m long, from Papendrecht to Sliedrecht in the Netherlands.

The pipe will be used for testing hydraulic impact hammers used in onshore and offshore piling and foundation works.

With a diameter of 1.2 m, the pipe was lifted onto SPMTs and loaded onto a barge, which moved the unit several kilometres to the discharge site.

Once offloaded and moved into a construction hall, the pipe needed to be rotated 90 degrees.