ALE has transported two transformers, weighing 75 tonnes each, along a challenging 2,000 km route to the Al Farsha Substation in Saudi Arabia. 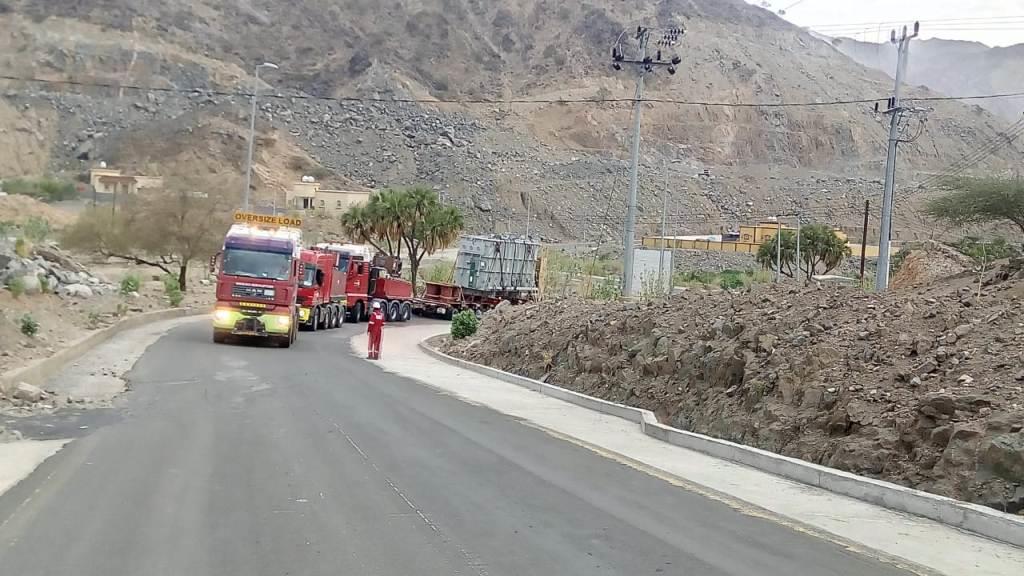 ALE has transported two transformers, weighing 75 tonnes each, along a challenging 2,000 km route to the Al Farsha Substation in Saudi Arabia.
After extensive engineering designs and route feasibility studies, ALE provided the client with a solution that would deliver the transformers to the project site while adhering to the project schedule and cost requirements.

According to ALE, as the route was so complex, it had never been attempted before. The UK-headquartered heavy lifting and engineered transport specialist said that previous attempts by other contractors were only able to deliver the transformers to Baish, on the western side of the mountain range.

The transformers were subsequently towed 700 km back to Jeddah. By approaching the mountain range from the northern side, ALE was able to deliver the components using conventional trailers and ballasted prime movers.

Maxwell Sampson, operations manager for ALE, said: “We sought a smart, feasible solution and acquired the necessary approvals, prepared the civil works and overcame the challenges of the route in a safe, timely and cost-effective manner.”