Allelys has installed some of the largest aluminium die cast machines in the UK. 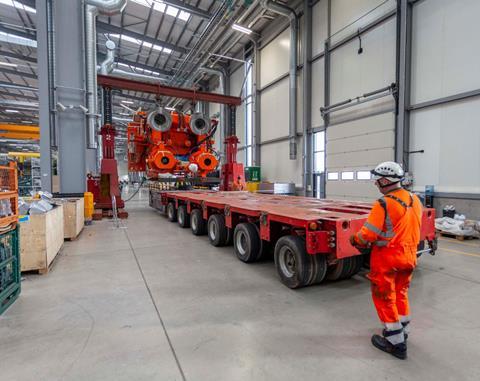 The scope of work was to offload from a critical area of the production facility and manoeuvre through into the main die cast machine area. Allelys then had to offload for a second time and install the units into their final position.

The components were delivered to the site from Europe on a multi-axle trailers. Due to the space restrictions within the building, Allelys designed a solution that required the use of two hydraulic lifting gantries.

A lift and lock system was used to tranship the components from the transport onto SPMTs. The pieces were then manoeuvred through gangways and stanchions to the second lift system, which was a 900-tonne capacity system with side shift technology.