Altius has organised the shipment of two heat exchangers plus accessories from the OVS Vertova manufacturing plant in northern Italy to the Ineos refinery in Grangemouth, Scotland. 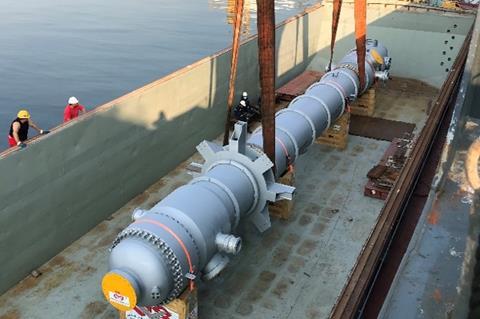 The entire convoy measured more than 30 m in length, which meant it encountered several difficulties along the route – namely narrow and winding mountain roads.

In the UK, the cargoes were moved to the jobsite in Grangemouth usinga Scheuerle Kamag K25 modular trailer system.