Antonov Airlines has transported pharmaceutical machinery from Germany to the USA, where the equipment will be used for the production of Covid-19 vaccines. 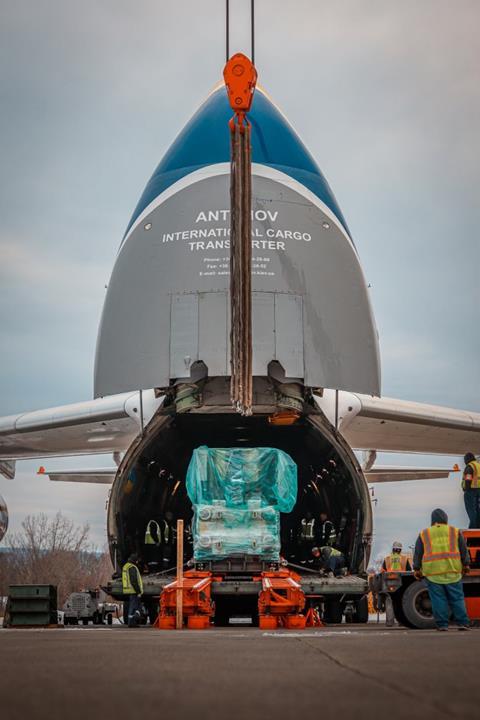 On behalf of DHL Global Forwarding, the airline executed six flights from Frankfurt-Hahn airport to Maryland and North Carolina. Heavy snowfall across the USA meant a change in arrival airport for one of the flights, which had to stop at Stewart International Airport, New York, instead of Baltimore. Each consignment weighed 100 tonnes.

Antonov Airlines deployed its AN-124s for the flights, with the cargo being loaded and unloaded using external cranes and loading equipment that was developed by the airline’s in-house engineers.