Antonov Airlines has transported the GSAT-31 communication satellite for the Indian Space Research Organisation (ISRO) on behalf of Flywell Aviation. 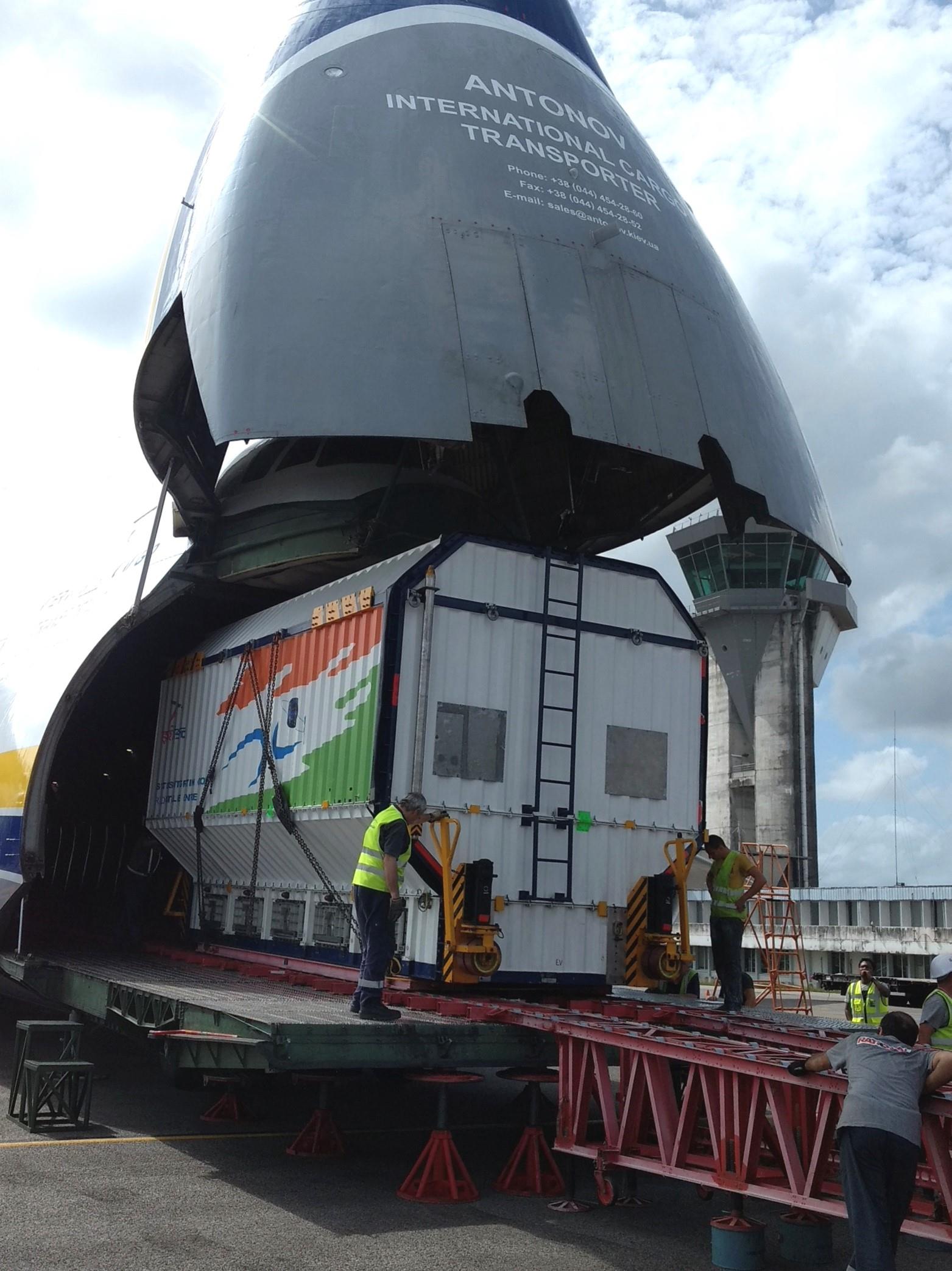 In coordination with Flywell Aviation, Antonov transported the 18-tonne satellite from Hindustan airport in Bangalore, India to Félix Eboué airport in French Guiana using one of its AN-124 aircraft.

Once the satellite was loaded in its specialised container, the consignment measured 7.8 m x 4.45 m x 4.03 m.

Michael Goodisman, business development director at Antonov Airlines, explained: “Together with Flywell Aviation, our engineers used data-loggers to record g-forces, pressures and temperatures so that ISRO could inspect the data post-flight and give a green light to launch the GSAT-31 satellite.”

This was the second satellite shipment that Antonov has completed on behalf of Flywell Aviation. The first satellite in the series, the GSAT-11, was transported by Antonov in October 2018; the final satellite will be delivered later this year.