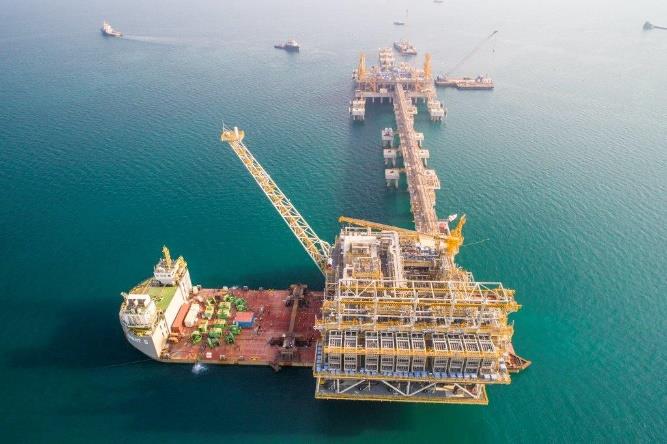 The specialist offshore marine and engineering consultancy was contracted by GS E&C to provide engineering and supervision services related to the load-out, transport and floatover of the topside, which forms part of the Bahrain LNG Import Terminal project.

The topside was successfully connected to a steel jacket, 4 km off the coast of Bahrain. The topside was fabricated in Thailand and loaded out onto the Boskalis Giant 5 barge, which was then loaded onto ZPMC's semi-submersible heavy lift ship Zhenhua 15 for transport to Bahrain.