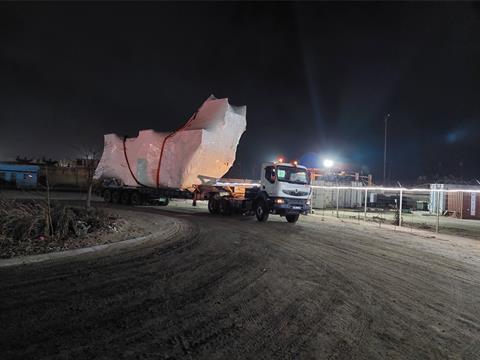 The work took place in April with a convoy measuring 14.1 m long, 4.6 m wide and 6.9 m high departing the ro-ro terminal in Dakar to the customer’s site at the Autonomous Port of Dakar.

Bolloré Transport & Logistics Senegal’s Customs agents completed the clearance formalities in less than six hours. After that the logistics teams took over and worked with Dakar Terminal agents to manage the handling operations and the transport of the metal structure. The operations were scheduled to take place at night to avoid inconveniencing road users.

“The GTA project is a major project which will mobilise a significant number of local resources to enable its completion and the smooth running of operations. A first step has been taken with the delivery of this non-standard equipment, and other operations of various kinds are expected to follow soon,” said Mohamed Diop, regional director Atlantic Africa at Bolloré Transport & Logistics.