Chapman Freeborn and Antonov team up 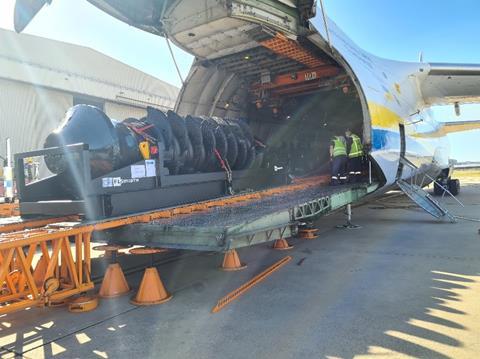 The cargo included a giant drill shaft and a transport cradle. The client required the parts urgently to carry out machinery upgrades.

Chapman Freeborn arranged the charter of three AN-124 aircraft to deliver the cargoes. Antonov’s load planning engineers designed tailored frames to carry two of the pieces of equipment.

Ana Bocchini, cargo broker at Chapman Freeborn, said: “The timeline was challenging – initially our flight plan was six days in total, however we needed to change this to nine days after assessing the load.”