Chapman Freeborn and Volga-Dnepr Airlines have delivered four Bell 214B helicopters from Australia to Athens in Greece to help fight wildfires in the region. 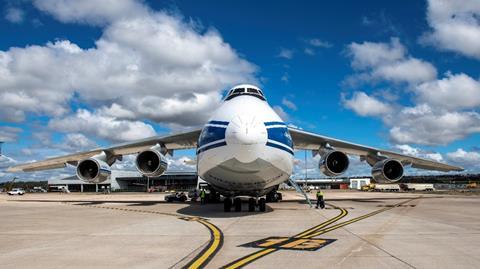 The helicopters were transported for McDermott Aviation Heli-Lift Australia, which has transferred its helicopters and crew to support emergency response and fire suppression operations.

Two helicopters were picked up in Wellcamp and two in Perth. Ekaterina Andreeva, commercial director at Volga-Dnepr Airlines, said: ‘This is the first time throughout our 30 years of operations when we have transported four helicopters on a single occasion, with the loading being done in two steps.”

Due to the rapidly spreading fires, Chapman Freeborn said that the operation was time-sensitive and required exceptional cooperation between all associated parties including Volga-Dnepr Airlines, McDermott Aviation, the airports, handling agents, freight forwarders, and government authorities.

Chapman Freeborn added that it would usually take approximately 10 days to prepare an AN 124 aircraft and cargo, but in this instance it took 72 hours, with the helicopters arriving in Athens less than one week after the initial request came in.