After loading project material and industrial components in China and South Korea, Chipolbrok’s multipurpose vessel Parandowski made its way to Europe. 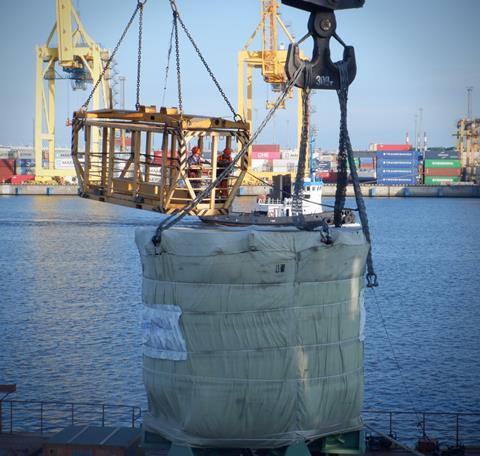 Having discharged cargo in Antwerp, the ship headed to Gdansk to deliver approximately 9,000 tonnes of cargo and then on to St. Petersburg to offload approximately 3,000 tonnes.

In St. Petersburg cargoes were loaded onboard in preparation for the return trip to Asia. Parandowski then continued onto Sweden to load infrastructure equipment before moving on to Hamburg to collect non-ferrous metal, steel products and other machinery including units up to 95 tonnes.

Chipolbrok said that this voyage is “a good example to demonstrate how we supply Europe with import cargoes from Chinese and [South] Korean producers with a focus on Baltic destinations”.

Nevertheless, the shipping line’s most frequented port in Europe is Antwerp. On this voyage, about 7,500 tonnes of import cargo and approximately 12,000 tonnes of export cargo was handled there.