Four carousels used in the trans-spooling of product cables, each weighing 110 tonnes, have been loaded on board the Chipolbrok Moon in Hamburg. 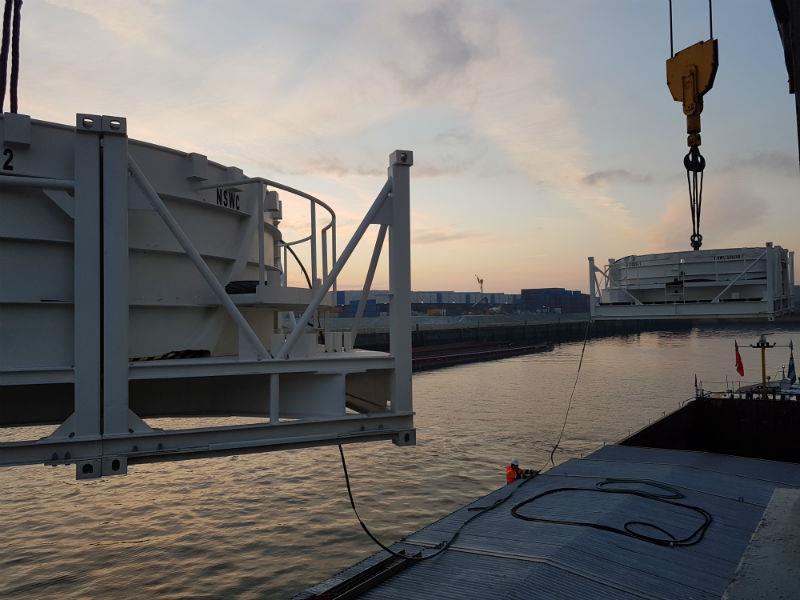 The carousels were lifted in pairs using the vessel’s 320-ton (290.3-tonne) capacity cranes. As the tanks were wired together, the ship’s cranes had to be used simultaneously to ensure there was no interference with the connection, explained Chipolbrok.

In addition to the tanks, 12 items of cooling equipment, each weighing 10 tonnes and measuring up to 13.8 m, were also loaded in the lower holds of the Chipolbrok Moon.

The vessel is currently in Ravenna, Italy having called on route at Leixões in Portugal, where wind energy components destined for India were loaded. In Ravenna, Chipolbrok Moon is loading oversized cargoes, also bound for India.

On the final leg of its journey, the vessel will be discharging cargoes in Karachi, Pakistan before calling at ports in India, Indonesia, Singapore, Thailand and the Philippines.