The multipurpose ship Chipolbrok Sun has called at the port of Antwerp in Belgium to load a variety of cargoes for its return trip to the Far East. 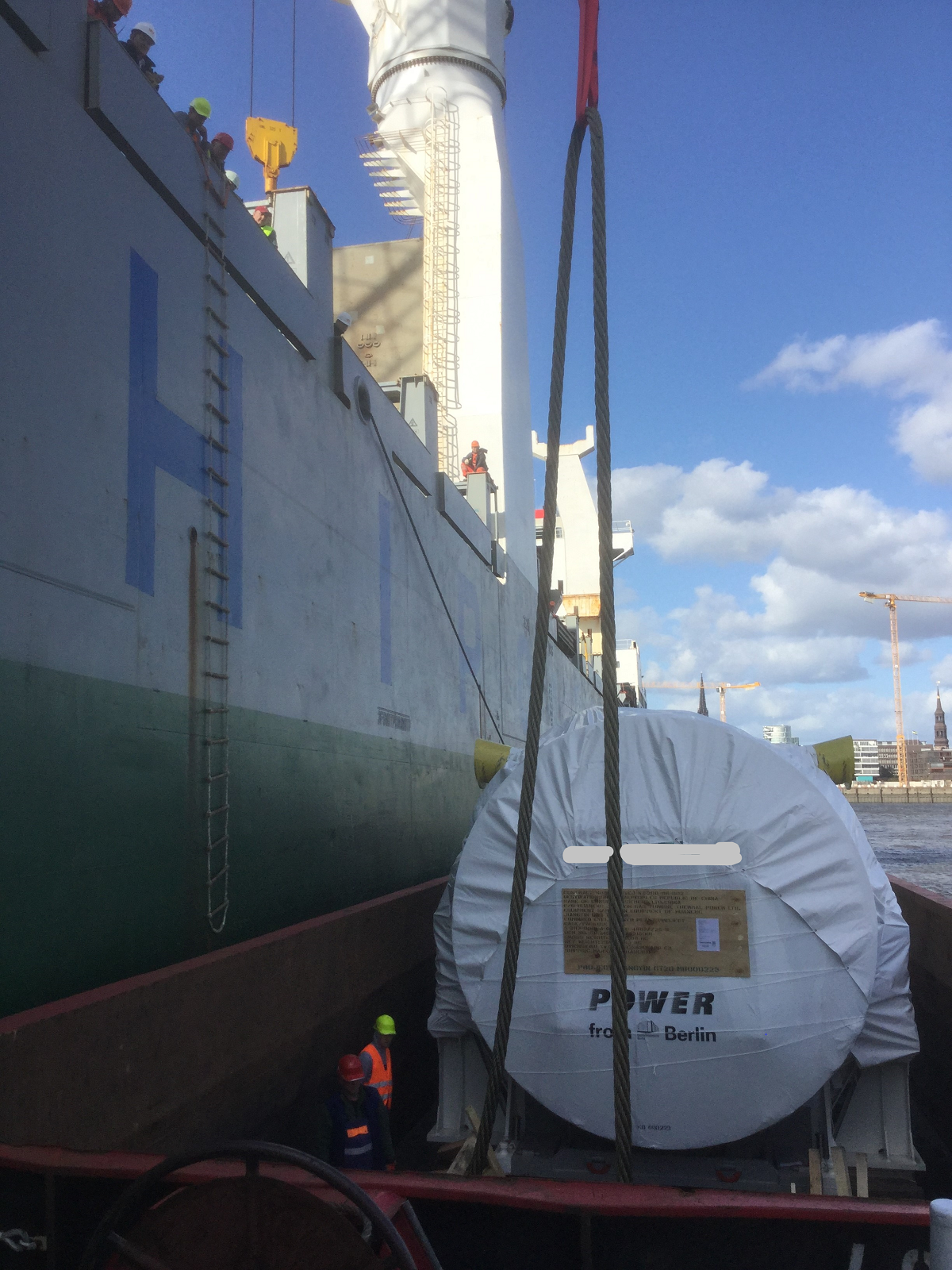 After completing its westbound journey – which involved the discharge of rubber-tyred gantry cranes and turbine tower sections, among other cargoes – Chipolbrok’s multipurpose vessel called at Antwerp to load steel plates, beams, sheet piles and heavy lift units destined for Mumbai.

12 wooden girders, each measuring 34 m in length, were also loaded on deck before the ship continued onwards to Hamburg, Germany.

Upon arrival in Germany, equipment and machinery destined for India, Singapore, Vietnam, China and South Korea was loaded onto the vessel, including a gas turbine weighing 300 tonnes.

The turbine arrived in Hamburg from Berlin on the river barge Bison. It docked alongside the seagoing vessel ready for loading.

Chipolbrok Sun’s own 320-tonne capacity cranes were used to lift and load the turbine. It will be transported to Shanghai, where it will then be delivered to the Chinese hinterland for one of China Huaneng Power Group’s thermal power station projects.

Other cargoes loaded onto the vessel included heavy machinery weighing 32.8 tonnes and measuring 10.2 m x 4.42 m x 4.28 m, destined for Mumbai; components destined for Ningbo that had a total weight of 55 tonnes and a volume of 1,741 cu m, the largest piece of which weighed 97 tonnes; and a 68-tonne cylinder that will be delivered to Shanghai.

The last port of call for Chipolbrok Sun’s European voyage will be Huelva in Spain, where 10,500 tonnes of bulk concentrates will be loaded, ready for shipment to China.

Ports of call on the return trip to the Far East include Mumbai, Singapore, Haiphong, Kaohsiung, Fangcheng, Ningbo, Shanghai, Yantai and Busan.