Cosmatos Group has transported refinery equipment from Greece to Chalampé, France for the Butachimie refinery. 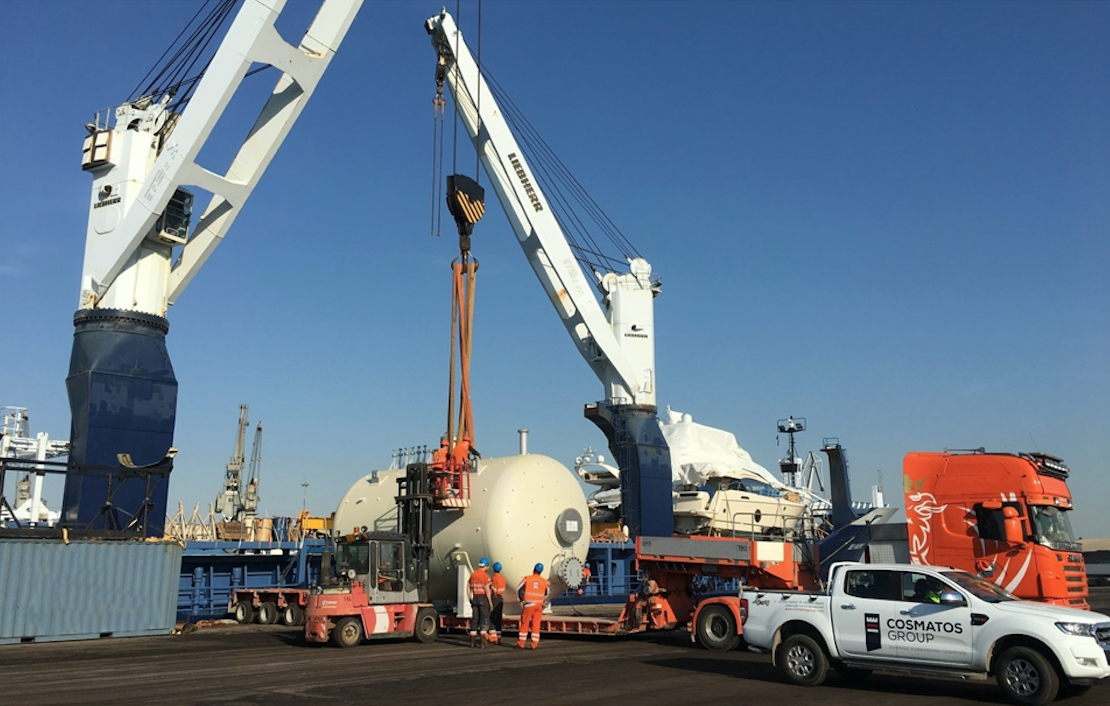 Six out-of-gauge (OOG) units were loaded onto a part-chartered vessel at the port of Thessaloniki and transported to the port of Rotterdam.

Upon arrival at the Dutch port, the components were stored at a terminal, before they were loaded on a barge for onward transportation to Ottmarsheim pier in France and delivered to the refinery by road.

In a separate project, Cosmatos coordinated the loading of a pre-trenching plough manufactured by SMD in Eleusis.

With a total volume of approximately 900 cu m, Cosmatos chartered the ship and arranged the loading operations at the port.

Cosmatos is a member of the Worldwide Project Consortium (WWPC) for Greece.