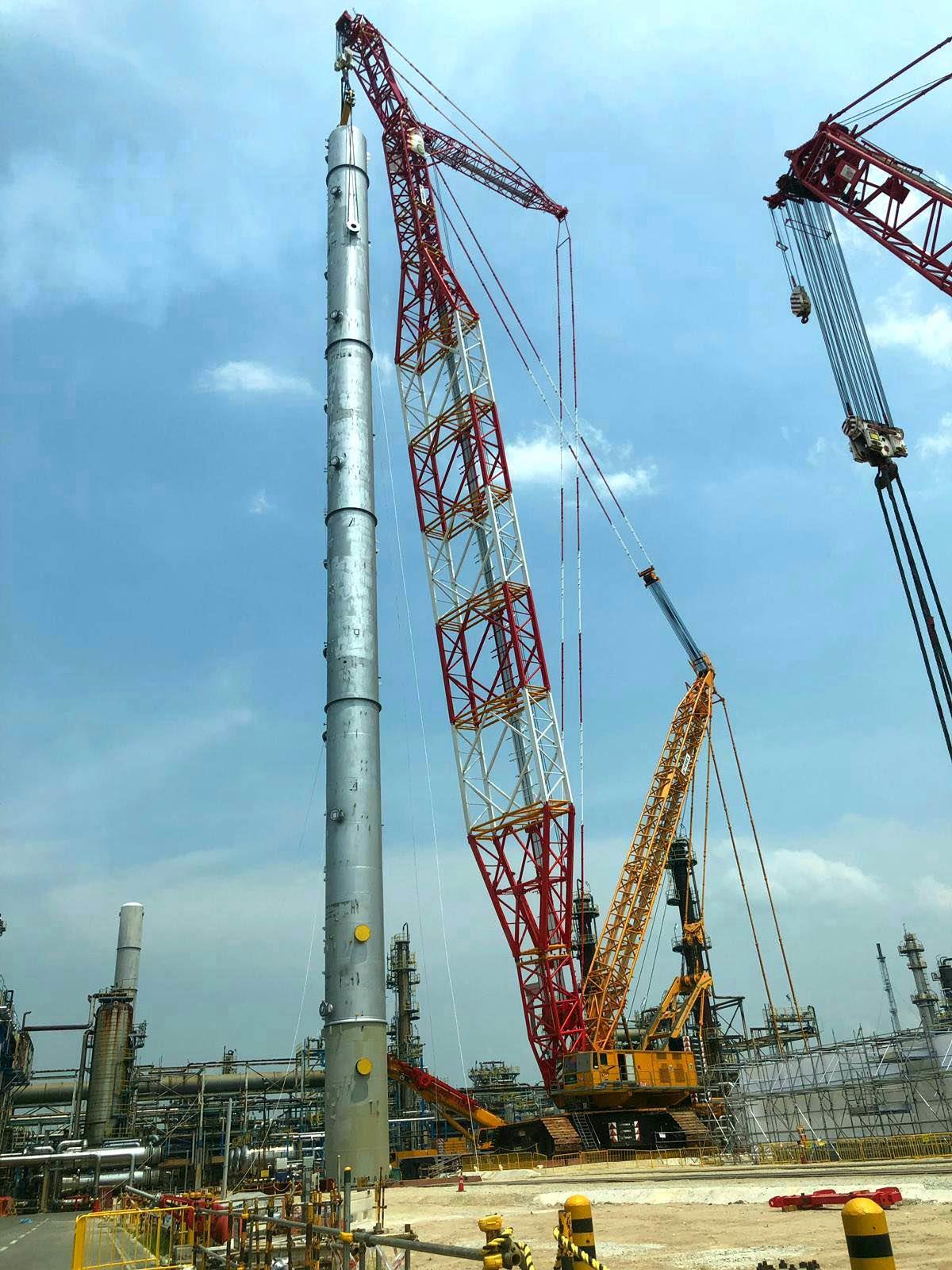 To execute the lift, Tiong Woon configured its Demag CC 8800-1 lattice boom crawler crane with a boom booster and mobilised a Demag CC 2800-1 crawler crane for a tandem lifting operation.

Setting up the crane with its seven-part boom booster kit took the team a total of five days – one day more than the standard configuration would have taken. “In order to speed up the process, one part of the team [took] care of assembling the base crane, while the other part took care of setting up the boom booster,” explained Tiong Woon’s deputy chief executive officer Michael Ang.

The final CC 8800-1 configuration featured a 102 m-long main boom plus a fly jib of approximately 12 m, mounted at an angle of 14 degrees. The super-lift counterweight weighed 400 tonnes.

The CC 2800-1 support crane was configured with a main boom length of 42 m and a super-lift counterweight of 100 tonnes.

Once both cranes had been set up, the Demag duo began manoeuvring the steel structure from a horizontal to vertical position.

“Tandem lifts are already complex operations,” said Ang, “but when you add a heavy load with this type of dimensions, things get even trickier.”

He added: "We were at the work site for a total of 69 days with our cranes and 25 people on average. The fact that the weather conditions were ideal and, especially, that the two Demag cranes have such incredible performance characteristics played a crucial role in enabling us to finish the project earlier than planned."