Felbermayr has transported and installed four oversized components as part of the expansion of a wheat starch factory in Pischelsdorf, Austria. 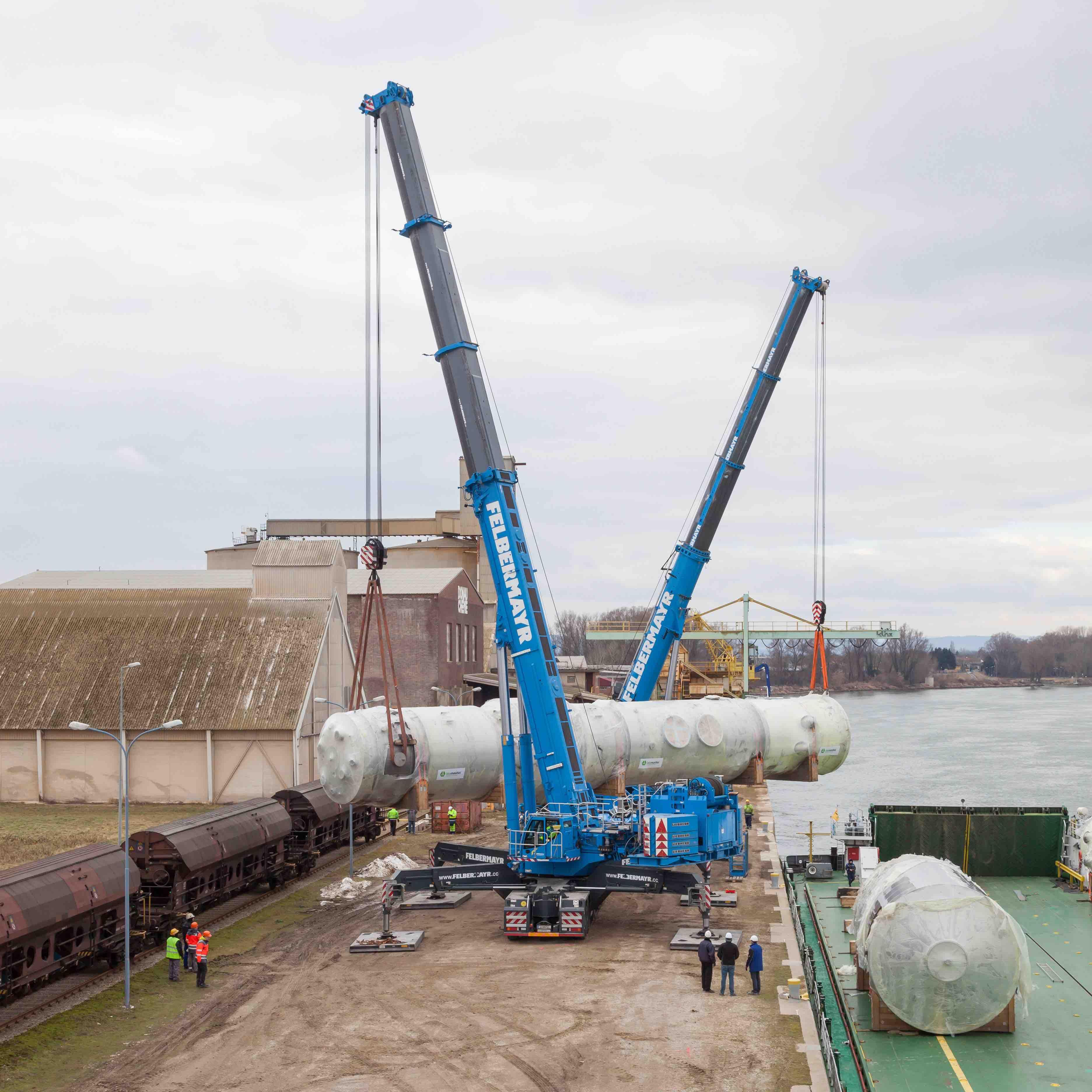 After being transported by barge along the Danube River from Bulgaria, Felbermayr deployed a 750-tonne lifting capacity crane, along with a smaller 400-tonne capacity unit, to unload the components in Pischelsdorf.

Working in tandem, the cranes lifted each component from the deck of the barge and positioned the units on lowbed trailers.

Peter Niedermair-Auer from the Felbermayr project department explained that, due to restricted space at the offloading site, the transport vehicles had to be positioned behind the cranes, “otherwise the extension of the crane jibs would be too great”. As a result, the units had to be manoeuvred between the two cranes before being lowered onto the trailers.

The first units that were transported to the project site included two 136-tonne film evaporators, which measured 30 m long and 5.1 m high.

“Together with the tractor unit, the convoy reached a length of 42 m and a height of 5.85 m,” said Niedermair-Auer. He added that along the route the convoy had to pass under a bridge that had a height clearance of just 5.9 m.

“For such cases, we used a programme for route planning in addition to a local inspection. This enabled us to draw up concrete route section profiles and simulate critical clearance profiles with a three-dimensional model,” explained Niedermair-Auer. 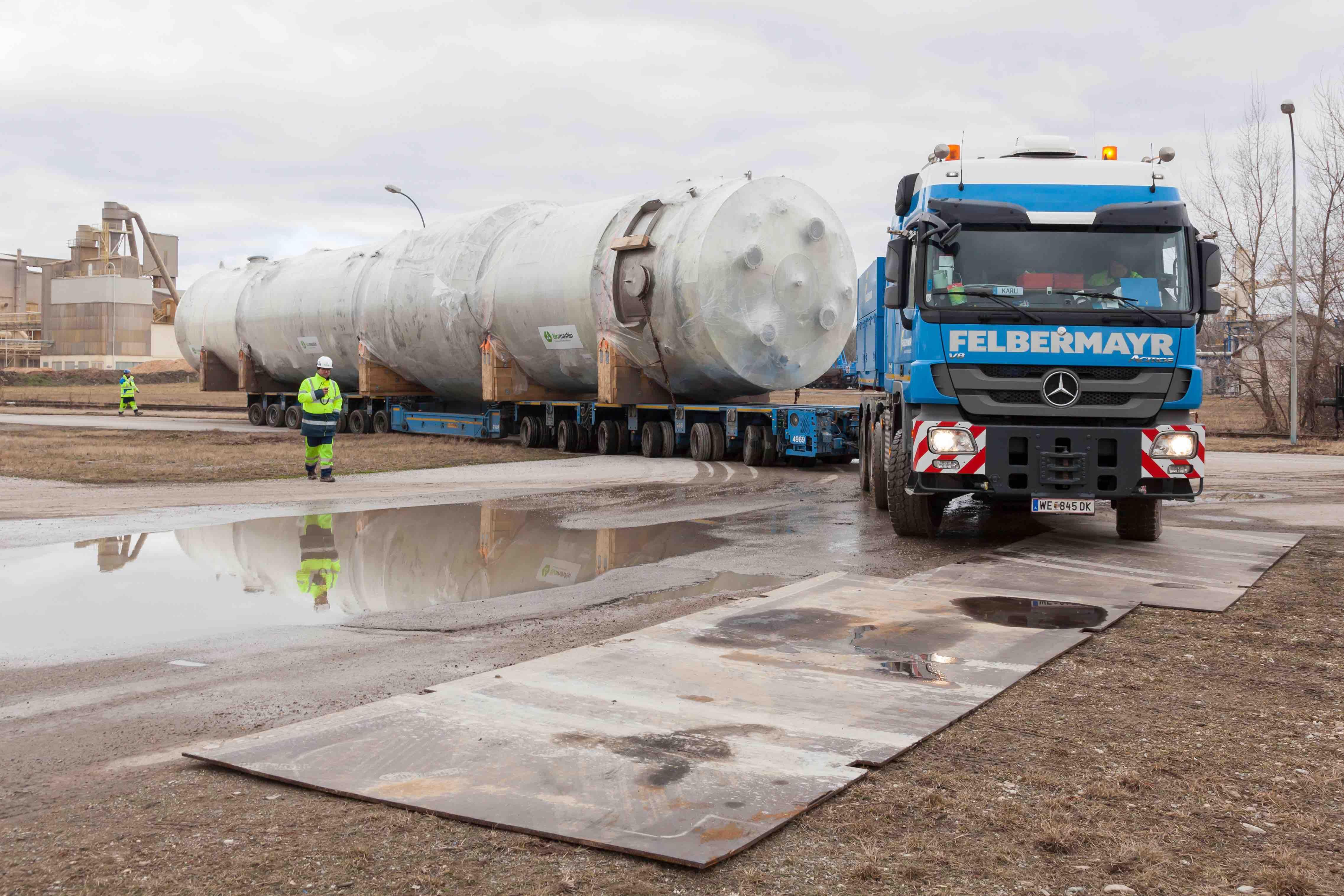 Once at the site, a Liebherr LG 1750 lattice boom crane and a Grove GMK 5250L telescopic crane were used to unload the components. The cranes were also used to reposition the evaporator from horizontal to vertical and set them down on to the foundations.

The two smaller components, weighing less than 40 tonnes each and measuring just over 10 m, were subsequently transported to the project site. According to Felbermayr, the lifting operations for these two units were completed using one crane.