Fesco Transportation Group has delivered oversized equipment, with a total weight of almost 4,000 tons (3,628.7 tonnes), to the Afipsky oil refinery in Krasnodar, Russia. 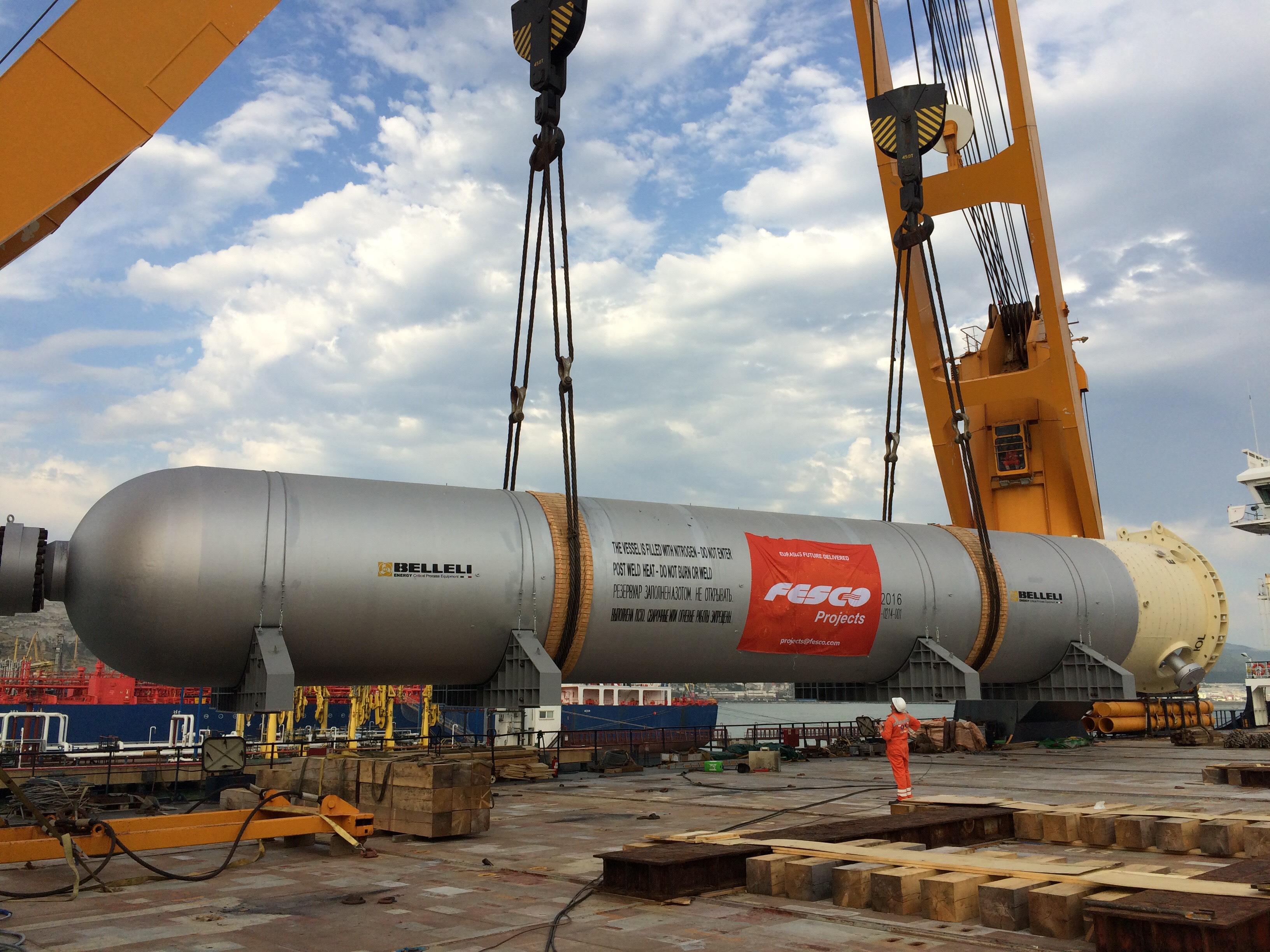 Steam reforming equipment was transported across five shipments from the port of Constanta in Romania to the port of Novorossiysk. The heaviest unit weighed 160 tons (145 tonnes) and measured 25 m x 5 m x 4 m.

According to Fesco the loading and sea fastening operations in Constanta lasted approximately three days per unit, while the sea crossing to Novorossiysk took two days.

The cargoes were stored at the Russian port before they were delivered to the refinery by road.