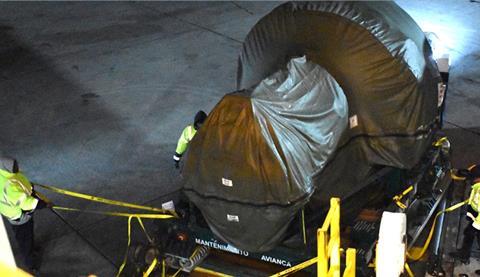 The team in Chicago transported a 9-tonne Rolls Royce aircraft engine onto its B747-8F aircraft – named Inspire – from Chicago to Hong Kong.

According to K+N, it took four people, three pieces of machinery and one hour to load the engine into its aircraft.

The aircraft has been put into operation as part of the long-term charter agreement with Atlas Air, which sees K+N chartering the entire and exclusive capacity of two B747-8Fs.

In addition to expanding its airfreight offering, 2022 was a busy year for the forwarder’s project logistics team, which was involved in delivering wind turbine components for the pilot phase of Chile’s Haru Oni project – an integrated hydrogen plant producing synthetic fuel from wind and water. 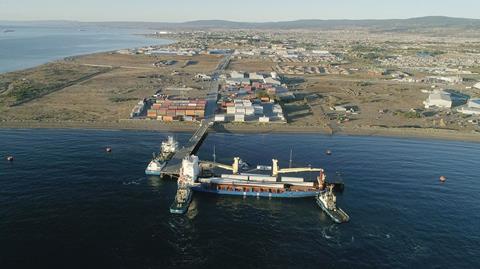 On behalf of Siemens Gamesa, components were shipped from multiple ports in China to the port of Puntas Arenas in Chile during February 2022.

The cargoes comprised one nacelle; three blades; four tower sections; one drive train; one hub; and one main component. The shipment had a total volume of 435 freight tons.

K+N provided engineering services, including method statements as well as lifting, bedding, lashing and sea-fastening design, and chartered a heavy lift vessel for the transport. The forwarder’s project scope also included the loading at origin and discharge in Chile.