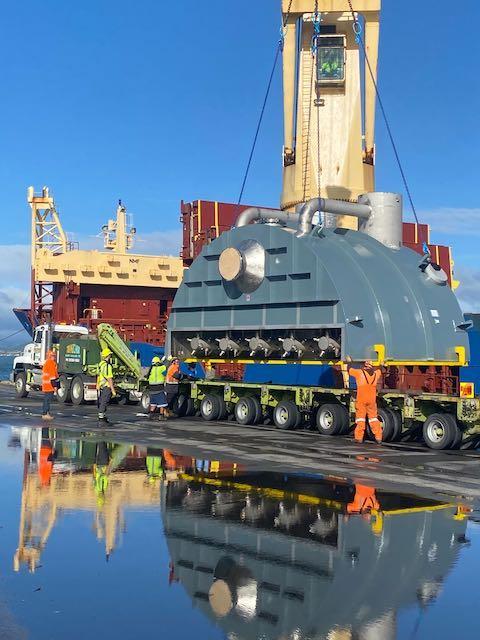 Some of the cargoes were stooled at the port for later transport site.