Hacklin Logistics has arranged the loading of six Mantsinen handlers at Rauma port in Finland for onward transportation to Uruguay. 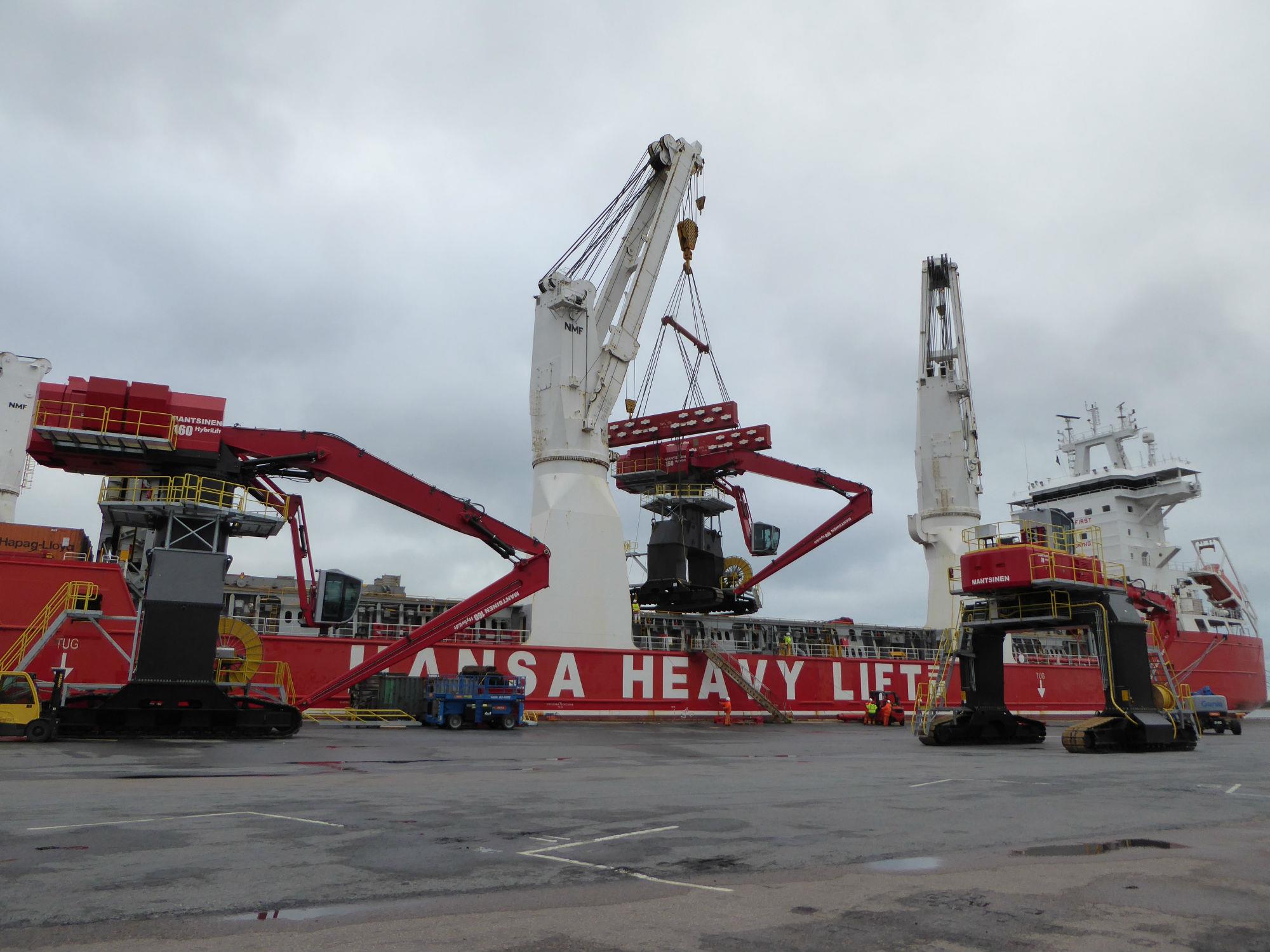 The cranes were accompanied by 12 log grabs, plus spares, packed in two 20 ft containers, along with the equipment required for assembly.

The dismantled handlers were transported from Ylämylly to Mantsinen’s workshop in the port of Rauma. The handlers were assembled before being loaded into the holds of Hansa Heavy Lift’s HHL Tokyo using the ship’s own cranes. 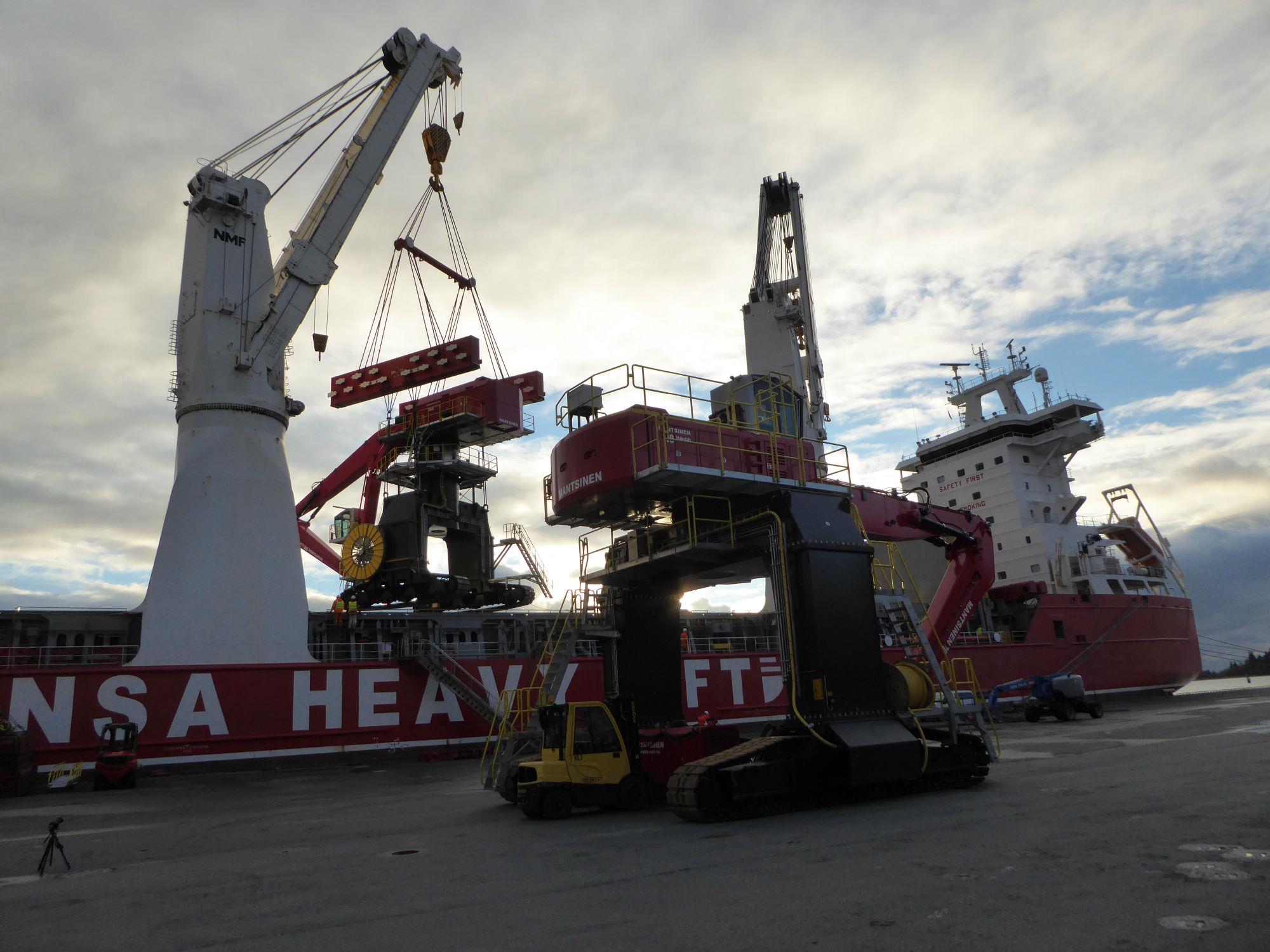 Several surveyors from both Hansa Heavy Lift and Hacklin Logistics supervised and monitored the loading and the lashing and securing of the cranes.

According to Hacklin, the cranes are expected to arrive at Uruguay’s port of Punta Pereira later this month.

After unloading, two of the machines - the 160ES units - will be shipped further on to the Mbopicuá.