Following road transport from a production facility in Waren an der Müritz in Germany, Hamburg port operator HHLA has overseen the loading of what is claimed to be the world's biggest ship propeller onto the Hyundai Supreme containership. 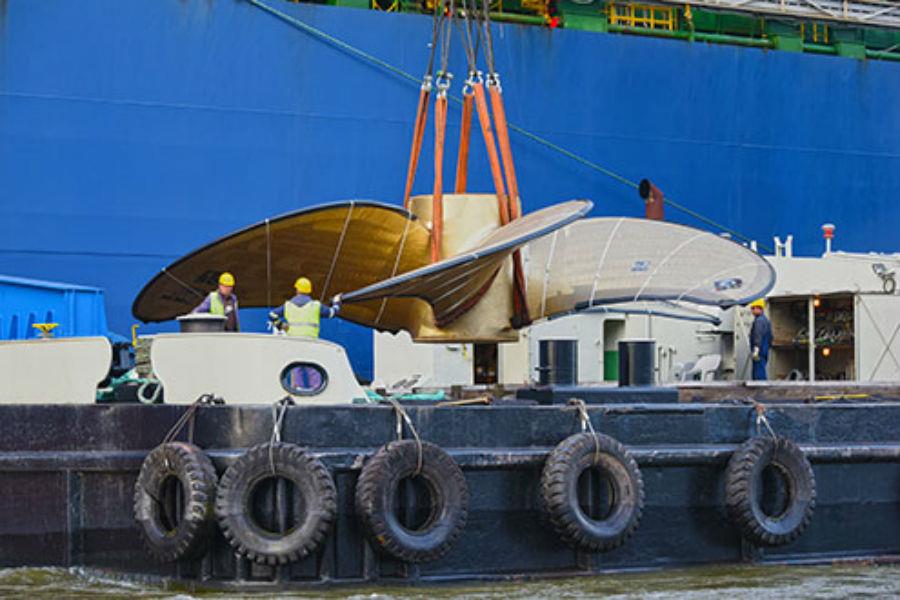 The port's HHLA IV floating crane, which can handle heavy loads up to 200 tonnes, brought the 110-tonne, 10.5-m diameter object to the port of Waltershof, where it was hoisted aboard.

HHLA loads around 100 propellers a year for specialist manufacturer Mecklenburger Metallguss, but this surpassed anything that it has ever seen before.

Most propellers transported through the port are carried on containerships but container gantry cranes are generally unable to lift such heavy loads, hence the use of the HHLA III and HHLA IV floating cranes.

The propeller is destined for the port of Busan in South Korea, where the first of 11 giant 23,000 teu containerships are being built at the Daewoo Shipbuilding & Marine Engineering shipyard for MSC.