Heavy cargoes on route to Uzbekistan

On behalf of CJ ICM Logistics, Dacorom International, in its role as port agent, handled the transhipment of heavy and oversized cargoes for the Uzbekistan gas-to-liquid project (GTL). 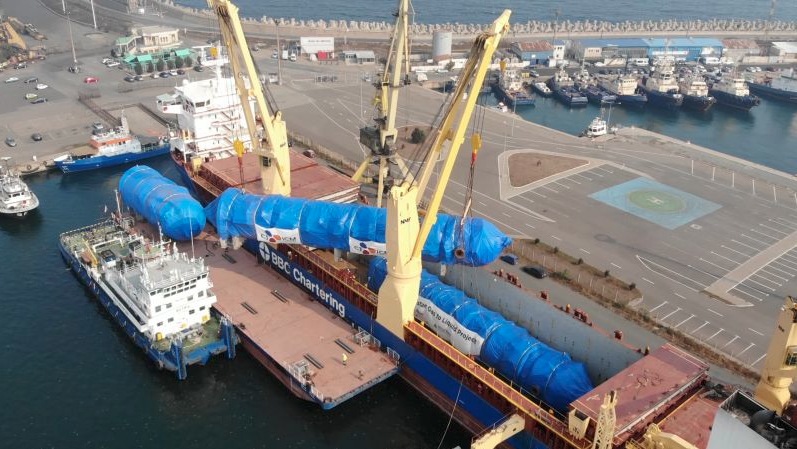 The cargoes arrived at the port of Constanta in Romania from China on board BBC Chartering’s heavy lift vessel BBC Sapphire.

In order for the cargoes to be transported along the Volga-Don Canal, the equipment had to be loaded on to barges that were specially designed to handle heavy cargoes.

According to Dacorom International, the components were discharged using the ship’s own cranes and loaded on to two barges for onward transportation.

The project was completed on behalf of CJ ICM, which was responsible for the transportation of the components from Zhangjiagang in China to the project site in Uzbekistan.

As part of its project scope, CJ ICM deployed 370 hydraulic axles and approximately 100 conventional axles to complete the road transport to the project site, a total distance of 2,089 km. This route also required civil engineering works to approximately 10 bridges.