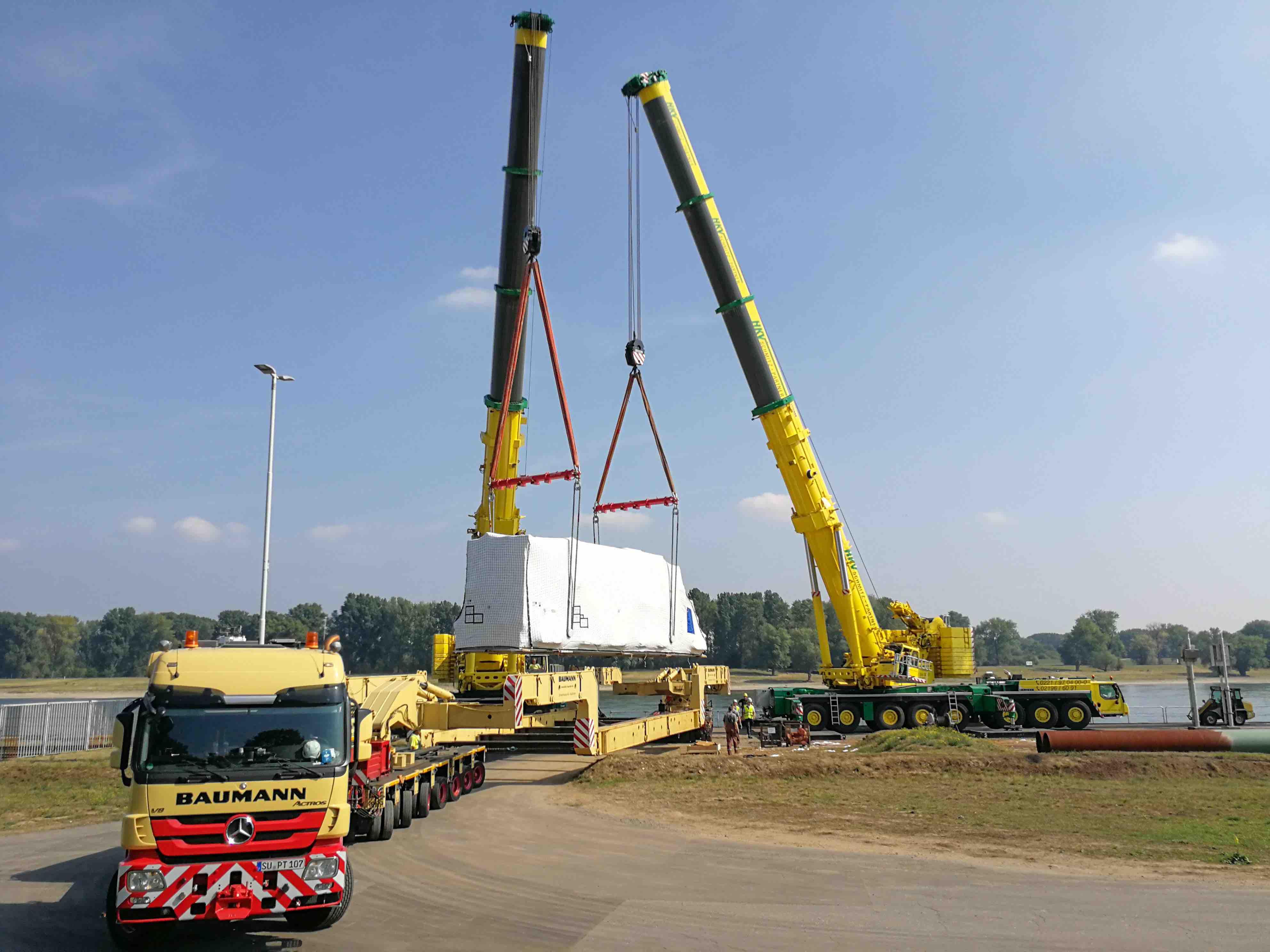 The turbine arrived at the port in Chempark Dormagen, a 360 ha site that is occupied by dozens of businesses from the chemical industry. It was hoisted off the vessel and positioned onto a low-loader trailer operated by Bornheim-based Baumann using two LTM 1500-8.1 cranes.

The cranes were positioned on the quayside and set up with their maximum ballast of 165 tonnes.

Supporting the LTM 1500-8.1 cranes on the quayside was a challenge, according to Liebherr, as the outriggers had to be positioned towards the ship over a rail track. This meant that an extremely precise calculation of the transmission of the support forces and a special structure had to be built over the track.

The turbine was then driven to the nearby Ineos plant, passing under several pipe bridges along the route.

At the site, the turbine was lifted off the trailer using an LR 1500, which HKV purchased in March 2019. Managing director Michael Schmitz, who is responsible for the project at Ineos, said: “Whilst planning the gas and steam power plant project, which we started well over a year ago, we decided that the Liebherr LR 1500 would be the perfect crane for the job.