Gustav Seeland has completed the first phase of Holsten Brewery’s relocation from the Altona district of Hamburg to Hausbruch, another area of the city. 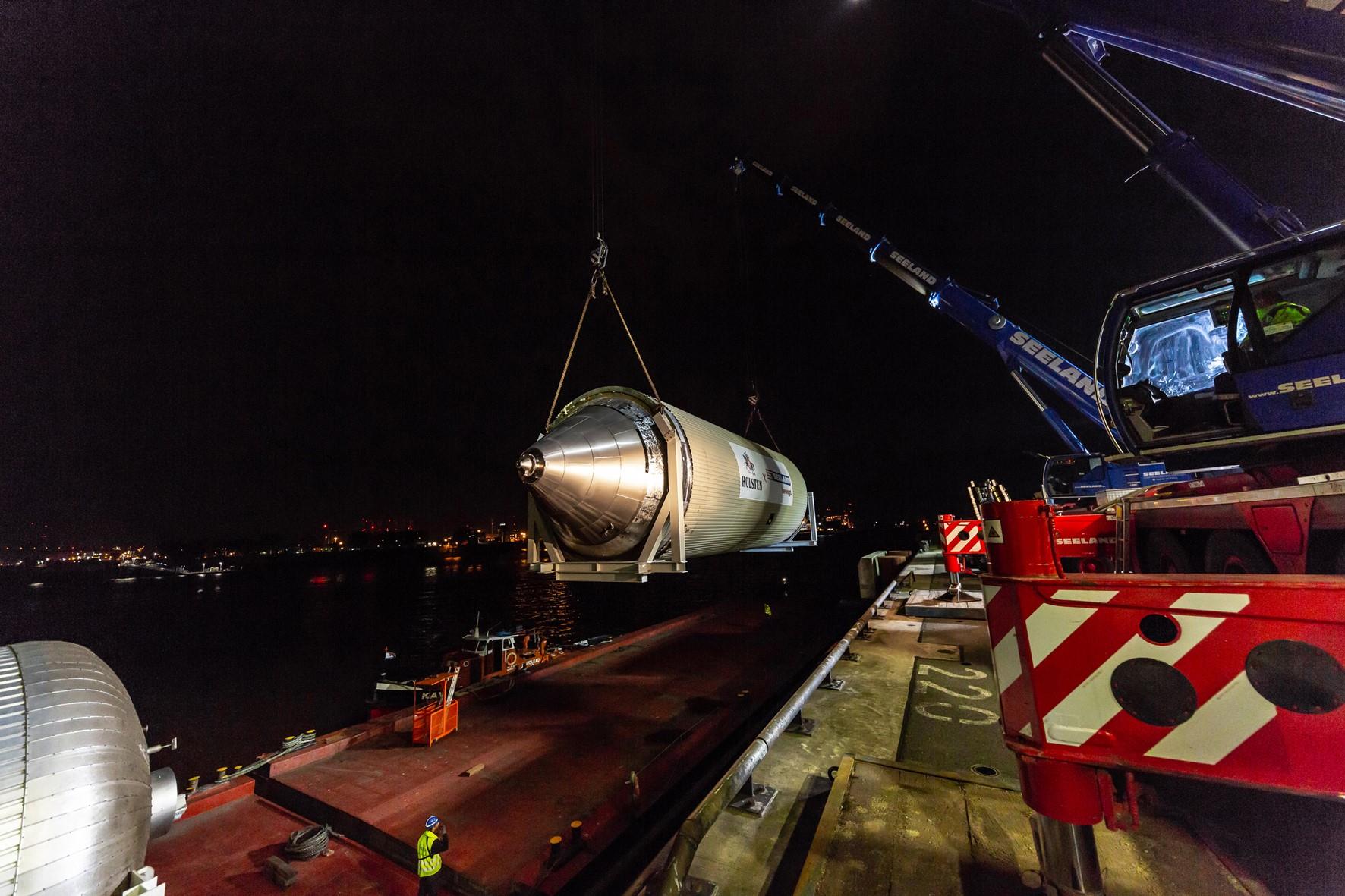 Work began in June and to date, 14 out of 24 brew kettles have been disassembled and put into storage at a shipyard at the port of Hamburg.

“Even for us as an experienced heavy-duty logistics company, this mammoth project is a big challenge,” said Johann Evers, ceo of Gustav Seeland. “It has required an extraordinary degree of harmony between people and technology. What’s more, the roads in downtown Hamburg were not built for the transportation of such large consignments,” he pointed out.

A police escort accompanied the vessels through the narrow streets of the city to Cruise Terminal Altona. Several traffic lights had to be dismantled to allow the oversize vessels, which measure up to 6.4 m in diameter, to pass.

Having been unloaded onto a large pontoon at the docks, the brewing kettles were then taken across the River Elbe and placed into temporary storage at the port of Hamburg.

Next, they will be transported by pontoon to a logistics centre, from where they will be delivered by road to the new brewery site, as and when required. Gustav Seeland will also be responsible for reinstalling the kettles.

The brewery is scheduled to be up and running, with all 24 kettles installed, by February 2019.