Jinert skids and slides in Sweden

Sweden-based Jinert has utilised its recently acquired 310-tonne capacity LP350 skidding system from Hydra-Slide to manoeuvre a transformer under a bridge and move it into its final position. 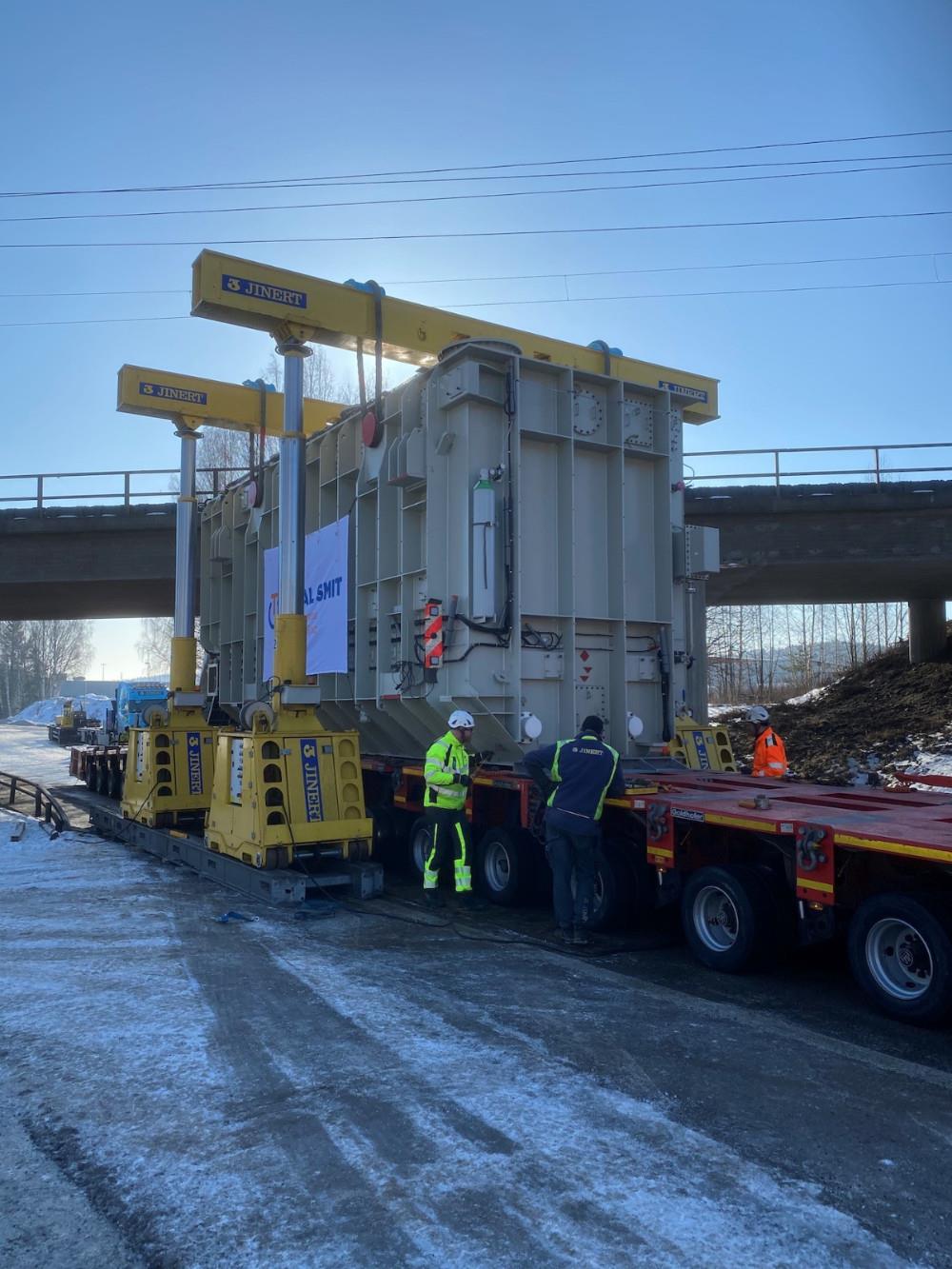 Jinert was tasked with transporting a 240-tonne transformer from Sundsvall to Nysäter – a distance of 40 km – on behalf of DSV. The transformer measured 11 m x 3.8 m x 4.7 m. Including the truck, the combination weighed in at 327 tonnes.

The transport portion of the project was subcontracted out to another company, as Jinert’s equipment was already committed to another job. The company did, however, supply four Goldhofer axles, in addition to the 16 provided by the subcontractor, and handle the skidding and manoeuvring of the heavy unit.

In the planning stages of the project, Jinert identified the need for a low-profile skidding system, as Joakim Andersson, heavy project division at Jinert, explained: “We already had an extensive fleet of equipment, but we were challenged with the sliding, lifting and transportation of a transformer from a vessel to its foundation.

“The planning survey meant that en route we had to unload and slide the transformer under a bridge, reload it and continue the journey, which was the most efficient method of getting it to the site. A requirement was to stay as low as possible, which is why our research led us to the Hydra-Slide product.”

When it came to using the machine, “we worked with a 10 cm margin between the transformer and the overpass, sliding approximately 35 m,” said Andersson. For the slide onto the foundation, a track length of 18 m was used with steel plates to distribute ground-bearing pressure.

The skidding system was powered with a split flow pump and a hydraulic gantry was used to lower the transformer onto the skidding equipment.