Jumbo sails from Taiwan to Texas

Jumbo has transported 16 petrochemical columns, as well as accompanying general cargo, from Mailiao in Taiwan to Texas, USA on behalf of Pacific Ocean Group. 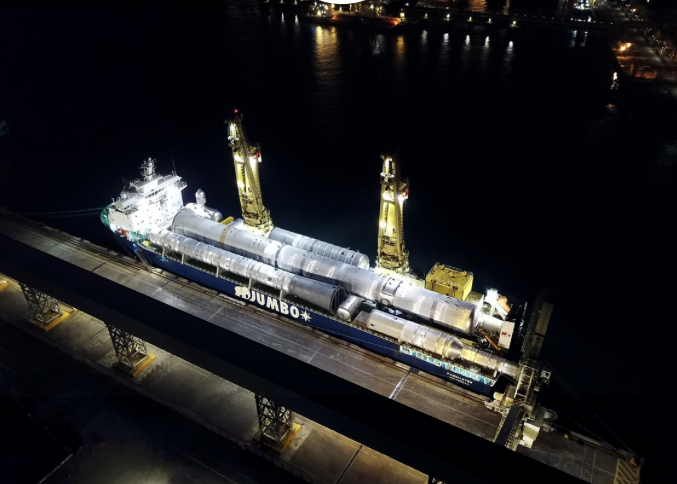 Formosa Heavy Industry manufactured the cargoes, which were loaded on board Jumbo’s heavy lift vessel, Fairmaster.

Once loaded, Fairmaster sailed from Taiwan to Point Comfort in Texas.