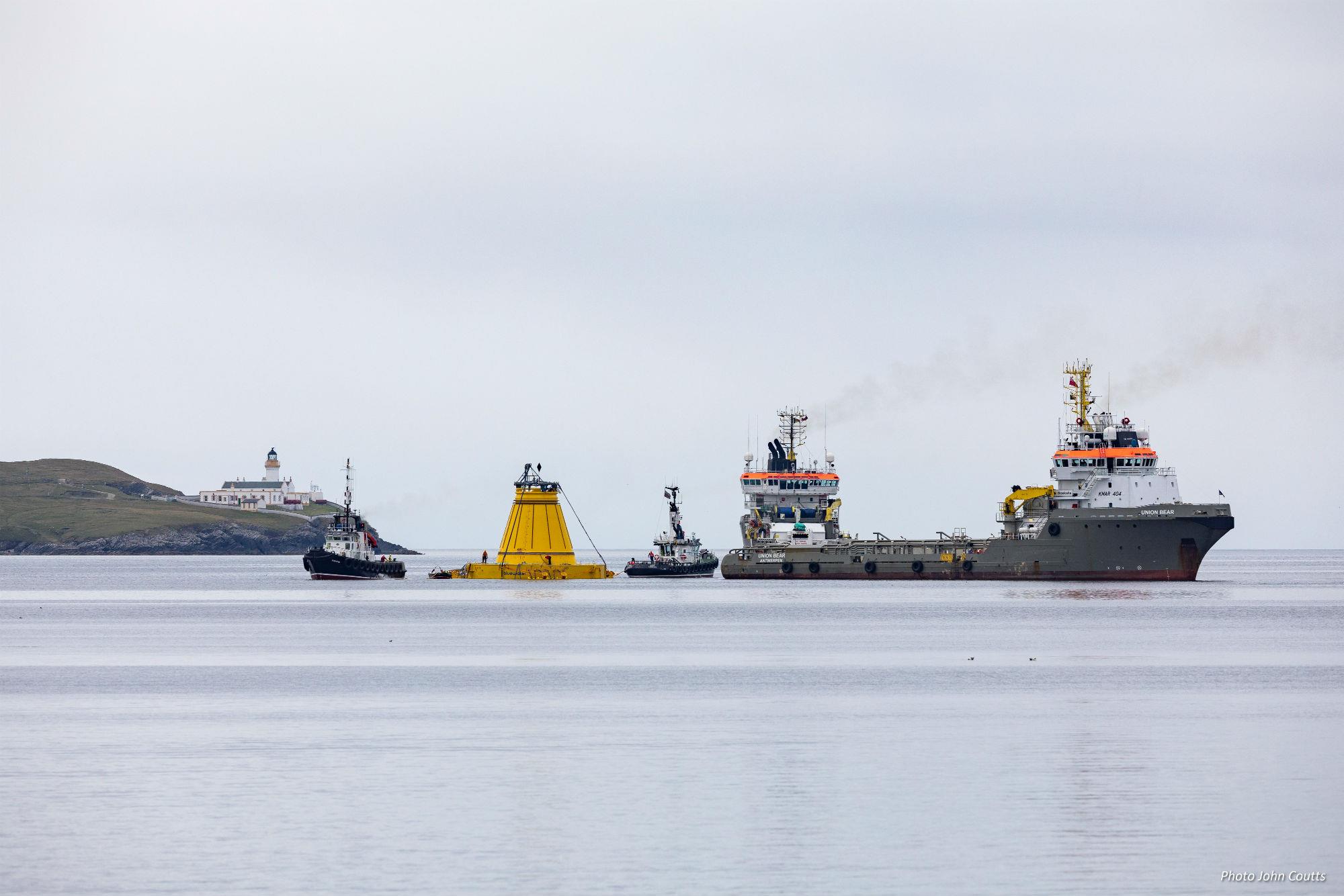 The buoy measures over 20 m in both diameter and height, and weighs approximately 1,200 tonnes.

It was delivered to Lerwick from Dubai on board the multipurpose vessel Jumbo Kinetic, which berthed at Mair’s Pier East in mid-June. The mooring system was subsequently lifted from the deck of the vessel and placed onto the water.

Two tugboats, Kebister and Knab, then towed the floating buoy to a holding location at Mair’s Pier South.

In early July, the harbour vessels moved the buoy to the port’s Brei Wick area where anchor handling vessels picked up the tow, prior to taking it to the Lancaster field.

Anchored to the seabed, it will form part of the early production system’s (EPS) turret mooring system.

The floating, production, storage and offloading (FPSO) vessel, Aoka Mizu, is currently being upgraded in Dubai. Oil production at the Lancaster site, which is located approximately 150 km west of Lerwick, is expected to begin in the first half of 2019.