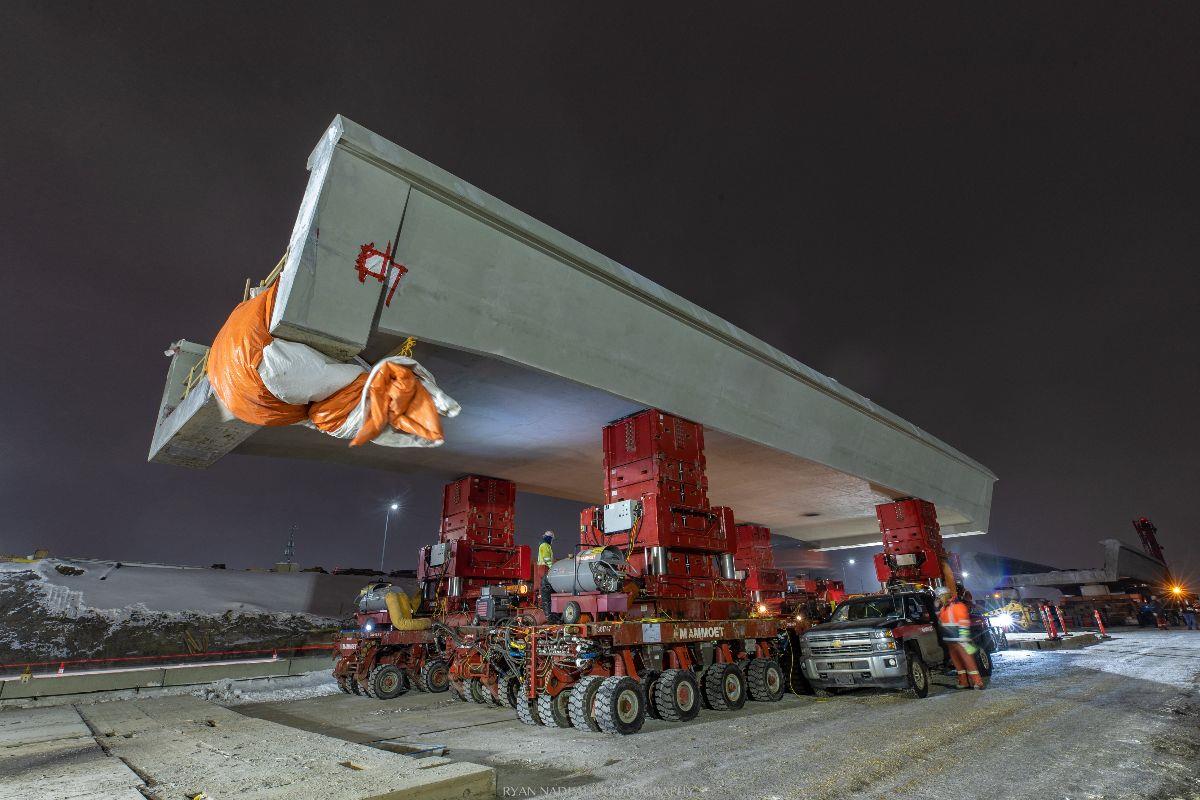 On behalf of TransEd Partners - composed of Bechtel, EllisDon, Bombardier and Fengate Capital Management - Mammoet used its accelerated bridge construction (ABC) method to install the spans over the course of two nights.

“The ABC method allowed the TransEd joint venture to cast the concrete guideway spans next to the installation site in a controlled location, at a lower elevation,” said Mammoet.

The spans were then moved and put in place using the JS500 jacking system on top of SPMTs. According to TransEd, each span weighed approximately 600 tons (544.3 tonnes) and measured more than 32 m in length.

The two installations each took place overnight to minimise disruption, with the motorway re-opening at 6am.

Mammoet is to continue installing the rest of the bridge guideway later this year.