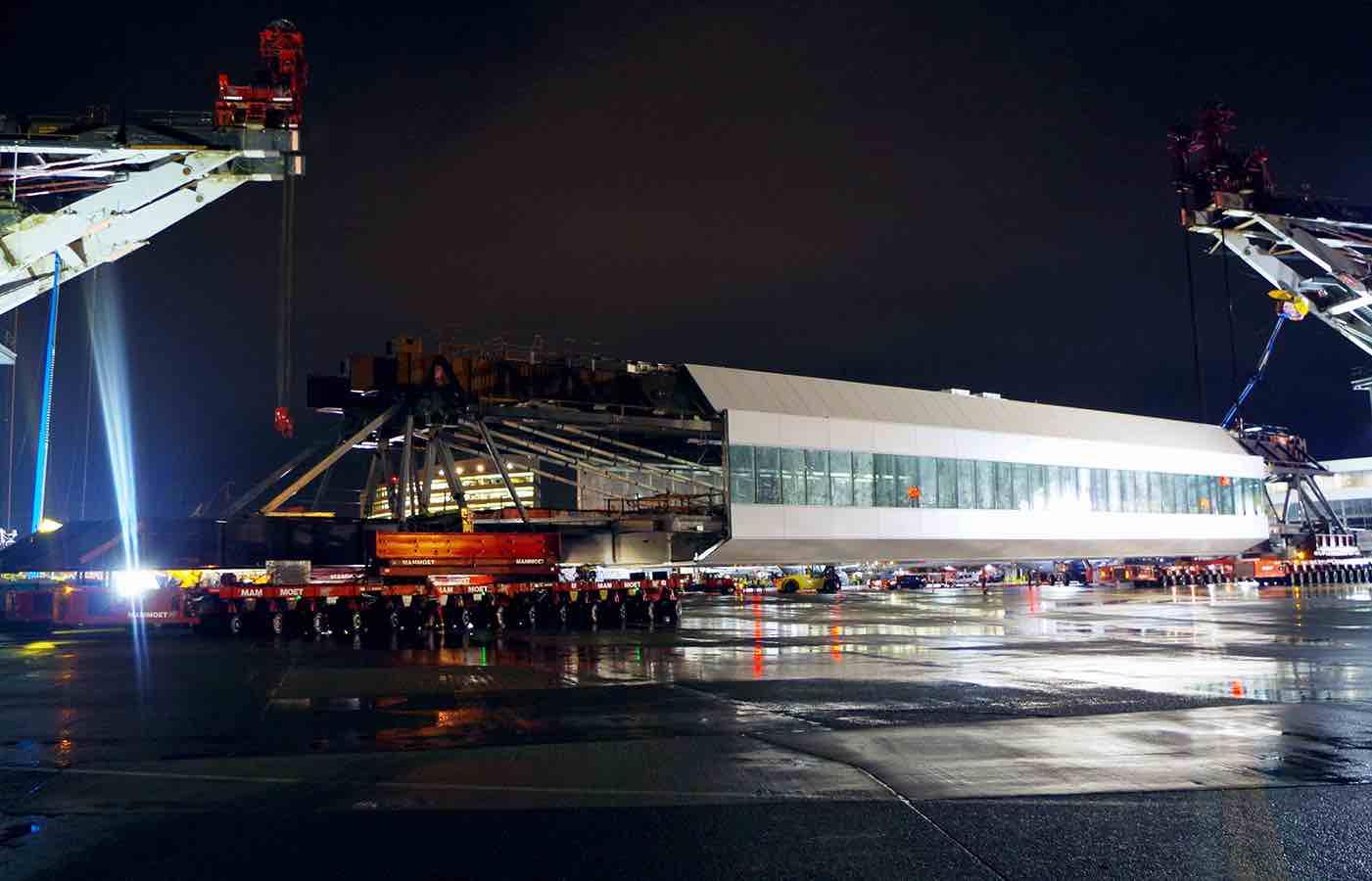 The work took place over two nights, while flight traffic was at its lowest level, to minimise disruption to the airport’s schedule.

Using 56 axle lines of SPMTs in a four-point configuration, with one set of SPMTs at each corner, Mammoet moved the 1,472-ton (1,335-tonne) prefabricated bridge over a distance of 3 miles (4.8 km) down the centre runway while the other two runways remained open for incoming and outgoing aircraft.

Once the bridge was in position under the piers, erection crews took over using four 900-ton (816.5 tonne) steel frames with a strand jack system. This was the first time these frames from the Netherlands had been used in the USA, Mammoet said.

“With approximately 1.5 inches (3.8 cm) of tolerance for a precise fit, the bridge span was hoisted into its final position, 22 m from the ground, before being welded into place,” the company added.

The 900 ft (274.3 m)walkway is the world’s longest pedestrian bridge spanning an active airport taxi lane, and is only the second in the world with sufficient clearance to allow the passage of a Boeing 747 aircraft. It forms part of Seattle-Tacoma’s new international arrivals facility, which is expected to open later in 2020.