Mammoet has coordinated the load out and float off of Austal Philippines’ 109 m-long, 1,700-tonne catamaran ferry FSTR. 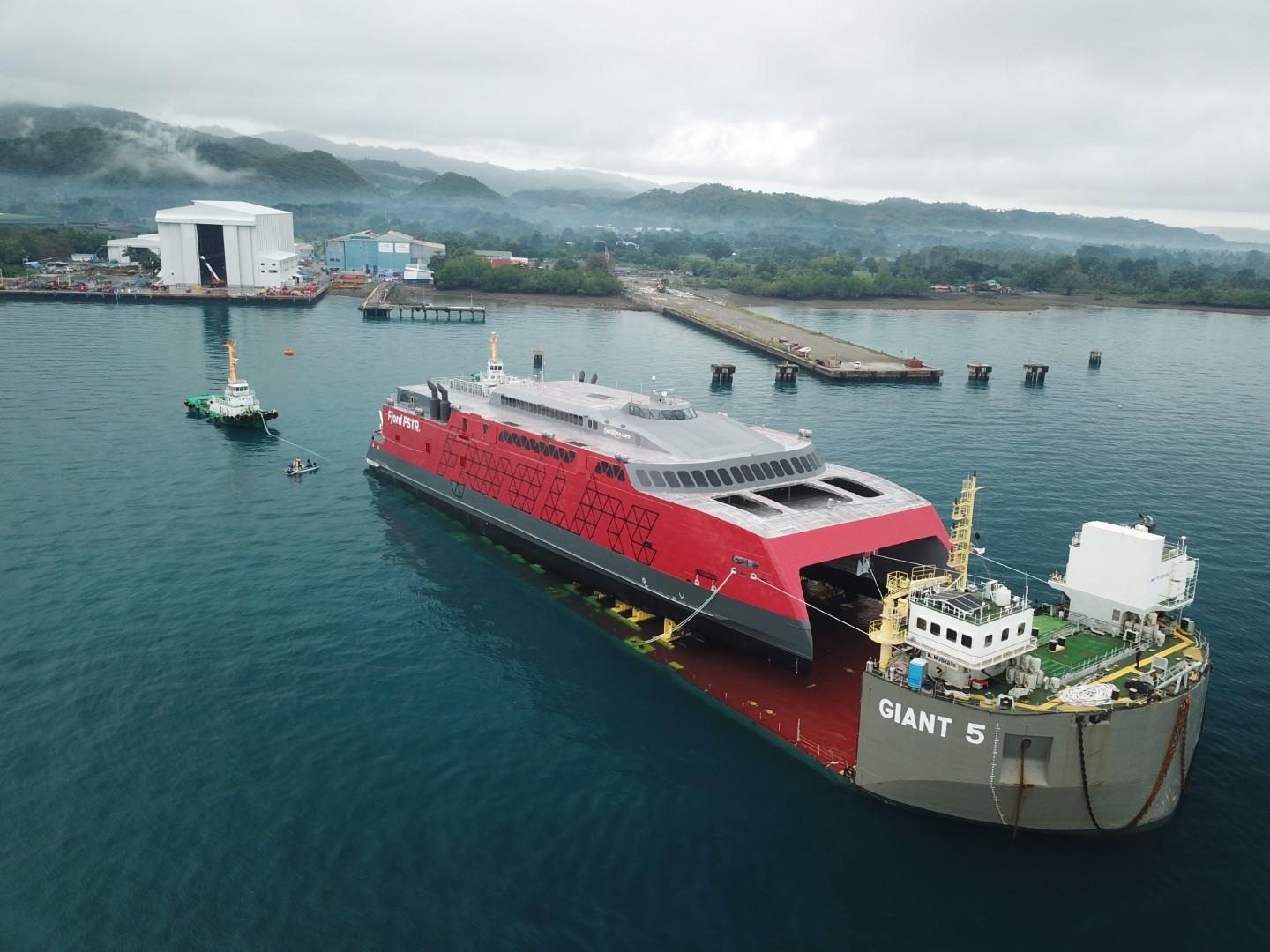 Mammoet oversaw the land and marine engineering, including the transportation of the ferry from the warehouse, across a quay and onto the flat deck of the semi-submersible ship Giant 5.

The ferry was manufactured on pre-positioned cradles, which acted as the grillage during marine operations. 108 axle-lines of self-propelled modular transporters (SPMTs) were used to lift and roll the catamaran onto the deck of Giant 5. Mammoet ensured the semi-submersible was accurately ballasted throughout this operation.

Once the ferry has been positioned at its the proper stowage location, dragline boards were replaced by a plate before hinge angles were cut to allow the SPMTs to roll off the semi-submersible.

Levelling and alignment checks were also done before the ferry was lowered completely. It was then transported approximately 172 m from its original position to a stowage location. The catamaran was then floated off during a suitable window, which was tide and weather dependent

Mitch Barnett, project manager of Austal Philippines, said: “Despite time constraints leading up to the operation, Mammoet remained committed to developing solutions for the launch of our catamaran ferry FSTR for Fjordline of Norway, which is the largest aluminium vessel ever launched in the Philippines – and the largest (by volume) ever constructed by Austal worldwide, to date.”