Mammoet has delivered and installed 120 pressure vessels and modules for the construction of the Caribbean Gas Chemical Limited (CGCL) methanol and dimethyl ether (DME) plant in La Brea, Trinidad and Tobago. 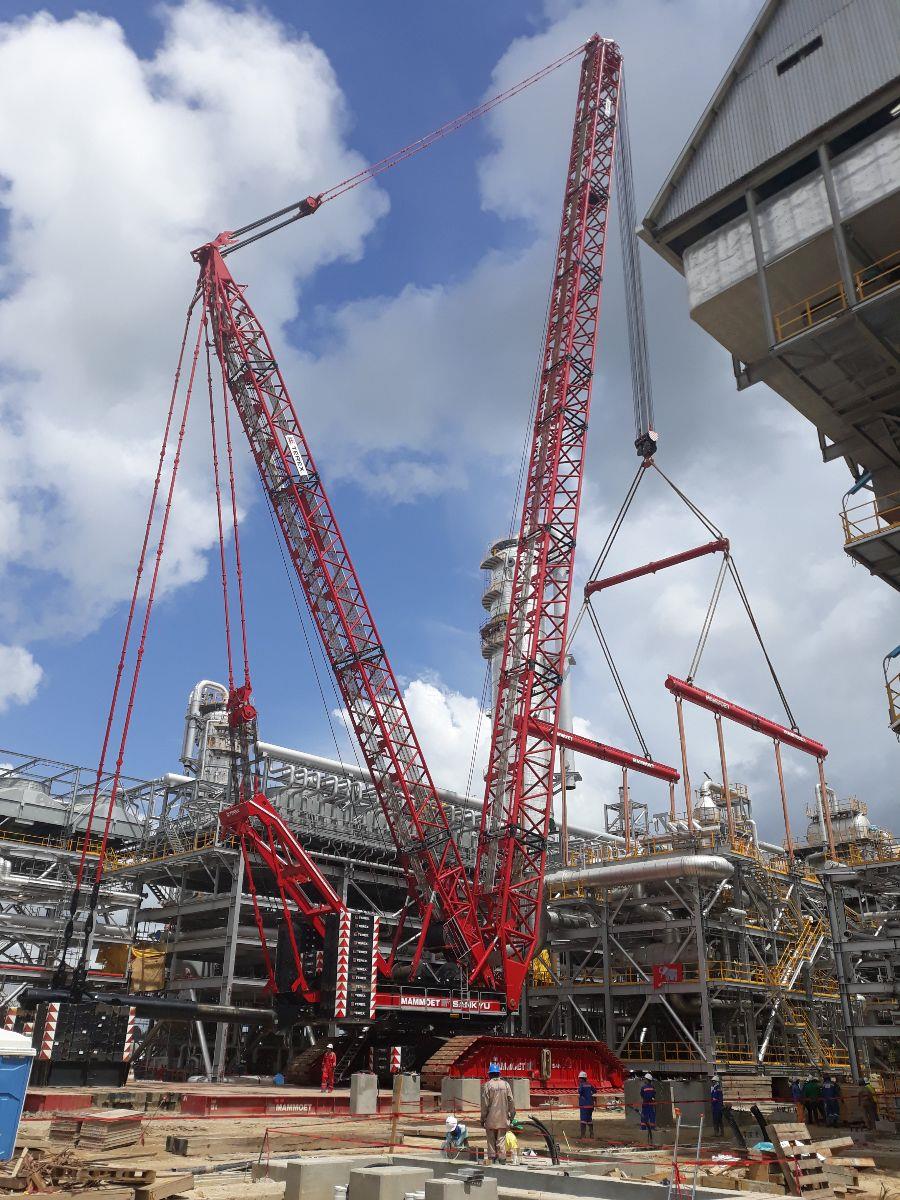 Over the course of a year, Mammoet handled 22 shipments on behalf of Mitsubishi Heavy Industries. Mammoet was responsible for port handling activities, the coordination of the inland transport operations and Customs clearance processes. Using up to 96 axle lines of SPMTs, the cargoes were temporarily staged and then transported to the project site for the final installation.

In addition to these components, Mammoet delivered 561 containers and 200,000 tons of general cargo from various ports in Trinidad and Tobago to the project site.