Mammoet has placed 108 shoulder spans on the southbound lanes of the New Orleans Causeway in Louisiana, USA. 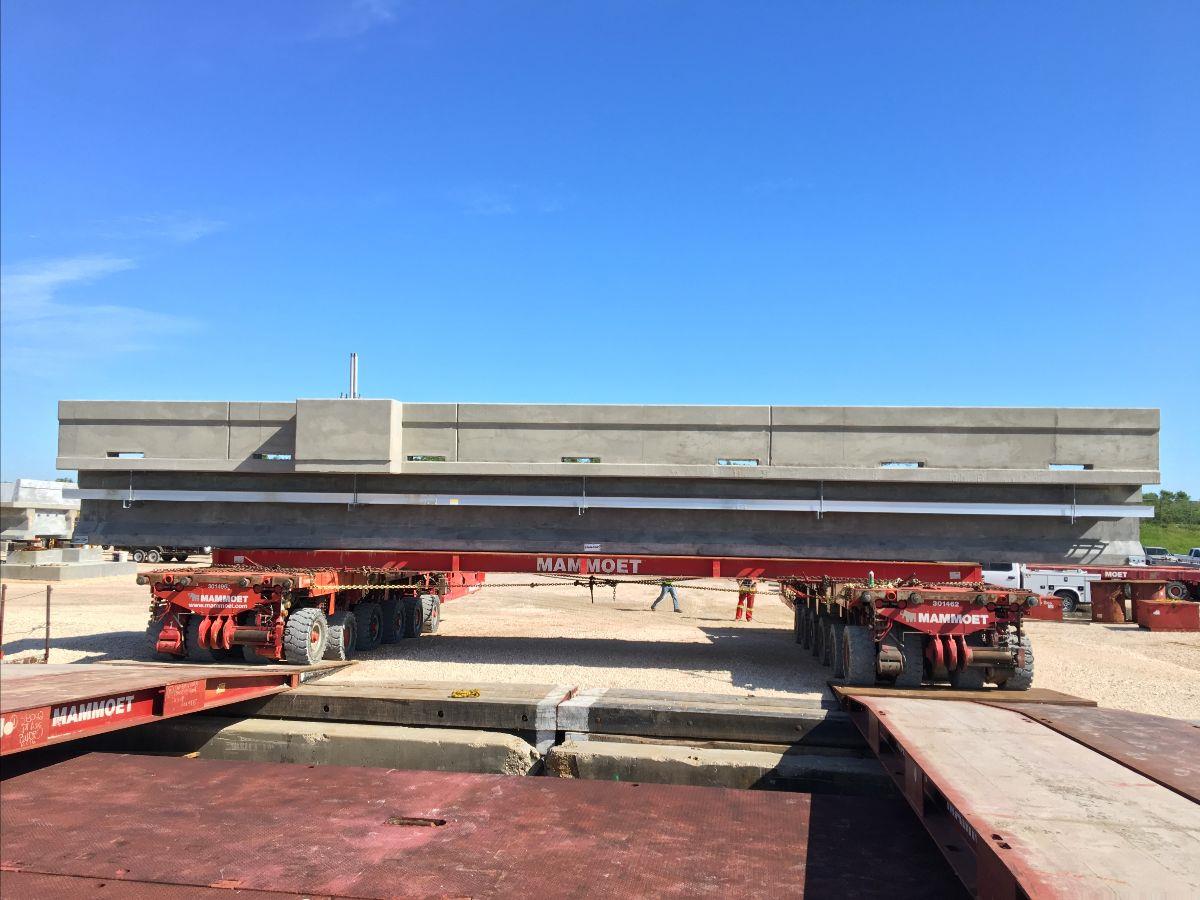 The engineered transport and heavy lift specialist used SPMTs as a cantilever and drove the bridge structures toward the end of a barge, where they were then properly secured. Counterweights on the opposite side of the trailers balanced the load.

Mammoet said: “By utilising the trailers on a barge, there was no need to shut down the causeway during execution. Traffic was able to move as usual with no disruption, proving this method to be a more efficient solution than placing the spans using a crane set in the lanes above.”

The cantilever method also enabled the company to install an average of four 17 m-long spans per day, instead of the planned three spans per day.

The crew is currently placing an additional 72 spans on the northbound lanes of the causeway, and expects to complete this operation in early 2020.