A crane supplied by Schmidbauer for the upgrade of the GARS O’Higgins (German Antarctic Receiving Station) research station in Antarctica has completed its test phase. 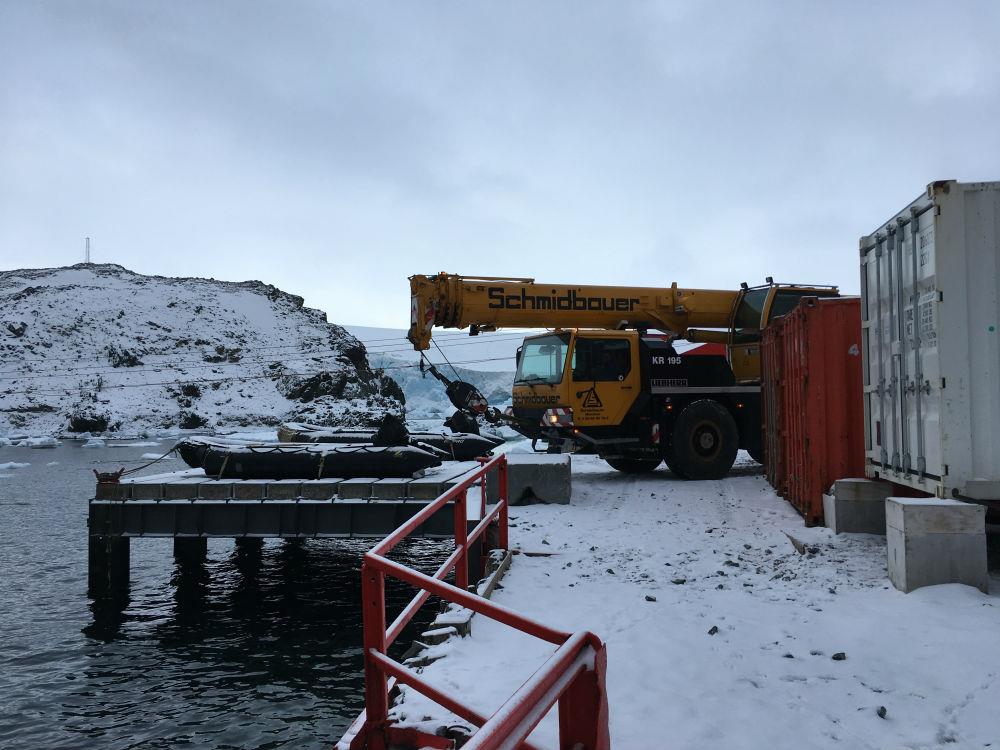 The crane had to be delivered to the research station on pontoons from the landing site located 2 km away; ships may not approach any closer to the island in order to protect the nearby penguin population.

The crane was dismantled into parts weighing no more than 8 tons (7.3 tonnes) in order to comply with the pontoon’s weight bearing capacity.

Schmidbauer highlighted “the mighty forces of nature” en route. Some of the individual parts of the crane were stored on deck during transportation due to their size and special tarpaulins were used to protect them against the elements.

During the test phase, which began in December 2018, the Schmidbauer team lifted loads with the mobile crane on behalf of a neighbouring Chilean research station.

Schmidbauer explained: “The crane was rendered winter proof immediately after its successful assembly. Since work cannot be carried out over the Antarctic winter with minus temperatures and strong winds, the crane stood in the garage of the neighbouring Chilean station for the next few months where it could be used for occasional lifting work.”

Depending on the weather conditions over the Antarctic summer, the mobile crane will be used for four to six months to move containers and parts of the station before being winter proofed again. This cycle will be repeated two to three times before the upgrade work is completed, Schmidbauer said, adding that the next construction phase is scheduled to start again in November 2019.

The German Aerospace Centre (DLR) has been operating an observation station in Antarctica for almost 30 years. Its living and office containers will be expanded over the next two years, while the upgrade of the technical areas of the station is set for completion by 2020.