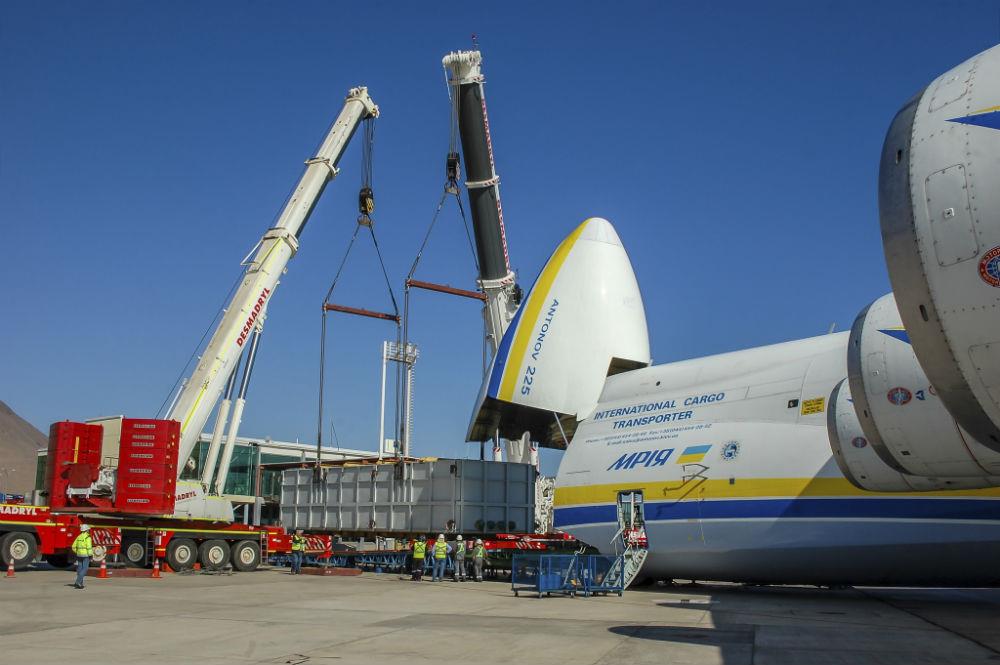 The Ukrainian airline delivered the HRSG modules, each weighing 160 tonnes, across 12 consecutive flights. Antonov says it is the longest succession of AN-225 flights in the aircraft’s commercial operating history.

According to Andriy Blagovisniy, commercial director at Antonov, once the modules were installed on the loading ramp, the lifting points were removed to reduce the height of the components for the loading operations.

“Upon arriving at the destination, we pulled the cargoes out to the loading ramp, and the specialists on site reinstalled the lifting points on their initial positions, tying them with bolts for subsequent lifting and offloading using external cranes,” said Blagovisniy.

Due to the height of each component, a low-profile loading system designed by Antonov Company was used to facilitate loading and discharge operations.

The aircraft was fitted with special damping panels and reverse bend technology to ensure the weight distribution of the units remained within the maximum permitted values of the AN-225.

Blagovisniy added that the entire process, including the unloading of the cargo and departure of the aircraft, had to be completed during daylight hours, as Bolivia’s Chimore Airport does not have provisions for night-time operations and flights.

For the outbound shipments, Antonov mobilised its own towing tractor from Gostomel Airport, Ukraine, to Chile as there was no tractor with the required power available at Iquique Airport.