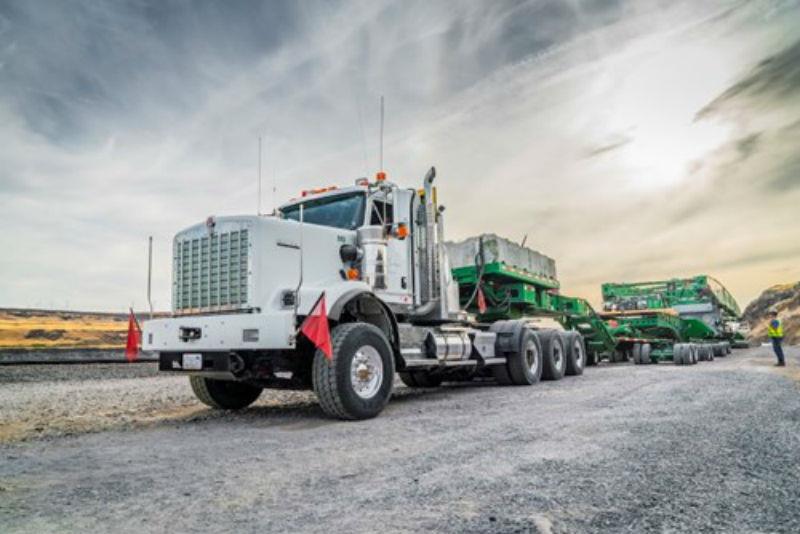 Loaded on to a 48-axle trailer, measuring 360 ft (109.7 m) in length, the combination weighed nearly 454 tonnes - one of the heaviest combinations in Washington state history.

“For this transport, there were quite a few obstacles we had to plan for, not to mention two-lane roads that had to be closed,” said Troy Tallent, vice president of operations at Omega Morgan. 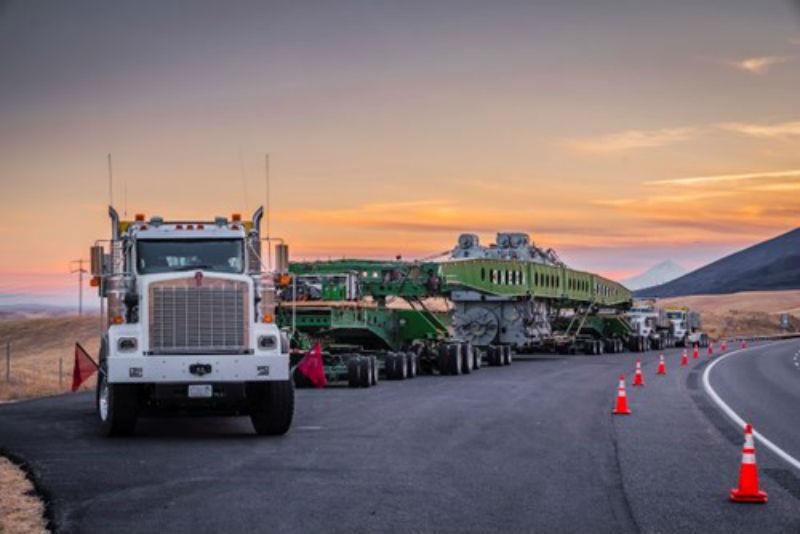 A fourth truck, loaded with concrete blocks, was tethered to the C500 to ensure sufficient traction to haul the combined weight up the slope.

The route also included steep downhill sections that demanded careful control of the vehicles, bridges requiring hydraulic dollies to spread the load, tight turns (greater than 90 degrees) and a 14 mile (22.53 km) stretch of road with only a 12 inches (30.1 cm) to spare on either side of the trailer. 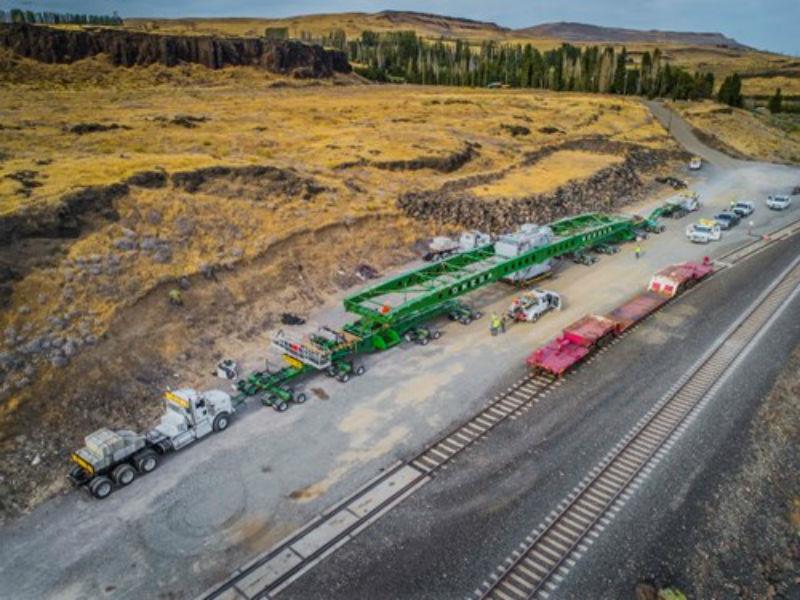