Osprey bridges the gap with Enerpac 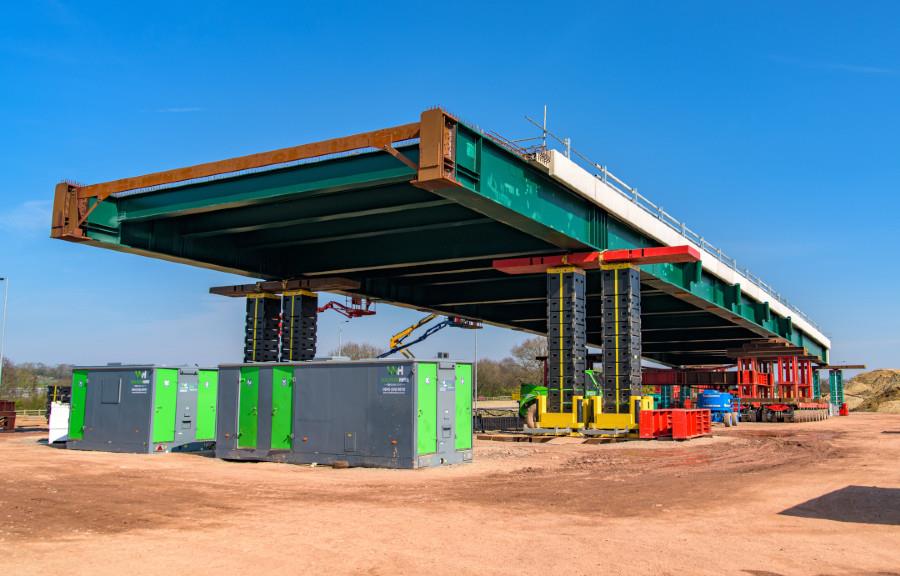 Completed before the UK enforced Covid-19 lockdown measures, the project saw Osprey install the bridge deck using eight JS-250 jack up systems, which Enerpac said enabled the company to lift the structure in one single movement.

Prior to the installation, the deck, which replaced an existing bridge over a dual carriageway, was built next to the highway. Here, four jack ups were fitted at each end of the structure before it was transported approximately 500 m to the final installation site by SPMTs.

The installation of the bridge was completed over a weekend. At its highest inclined point, the bridge deck was raised to 6.8 m.

The bridge itself also needed to be installed with a 1.5 m inclined height difference at either end of the deck. According to Ryan Ebanks, project engineer at Osprey, the Enerpac jack ups were the perfect choice for this. “Without them, we might have had to use multiple cranes,” he added.